New Efforts to Reduce Texting While Driving Among Teens 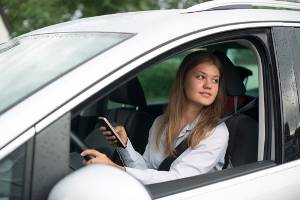 Cell phone use behind the wheel, including texting while driving, contributes to thousands of accidents among teen drivers every year. Distracted driving, in all its various forms, has been estimated to play a role in nearly 60 percent of all moderate-to-severe crashes involving teen drivers. There have been a number of initiatives and efforts in the last several years aimed at combating the dangerous practice of texting while driving, including stricter laws with harsher penalties and a number of social-awareness campaigns. While there is reason to believe such efforts may be having a positive impact, the fact remains that too many teens are injured in accidents related to texting while driving, and a worldwide organization recently announced that it is ready to continue the fight.

DoSomething.org is an international community of young people committed to the pursuit of social change around the world. Utilizing the communication opportunities presented by the internet, DoSomething.org and its membership of nearly 4 million have tackled various causes and issues, including hunger, violence, and environmental concerns. Once again this year, the organization is turning its attention to reducing texting while driving with the goal of preventing accidents and saving lives.

In cooperation with national wireless carrier Sprint, DoSomething.org announced their Thumb Wars initiative earlier this summer. The effort is designed to be, essentially, a viral marketing campaign, which encourages participants to create visual reminders that texting while driving is dangerous and unnecessary. The program is free to join and each person who signs up is sent two pairs of “Thumb Socks”—one to keep and one to share with a friend. Using photo-sharing or social media services like Facebook or Instagram, participants can share pictures of themselves wearing the Thumb Socks in the hope of creating conversation about the dangers of texting while driving.

Last year, DoSomething.org reports that nearly 80,000 Thumb Socks were distributed during the Thumb Wars campaign and hopes to exceed that number this year. To promote the program, the organization has announced that it is giving away a $10,000 scholarship to a randomly-selected participant. The 2015 Thumb Wars initiative runs through August 31, and more information, including how to be a part of it, can be found at DoSomething.org.

If you have been injured in accident caused by texting while driving, the distracted driver may be liable for your injuries. Contact an experienced Hinsdale personal injury attorney today to schedule your free consultation. We will review your claim, help you understand your options, and work with you to ensure your rights are fully protected.