Why Prenuptial Agreements Are Reaching Beyond Hollywood Boulevard and Settling in on Main Street, U.S.A. 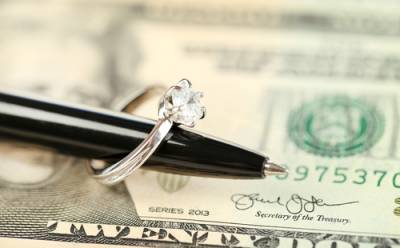 The following six factors may prove the most influential as the landscape of prenuptial agreements undergoes a territorial expansion.

In the land of the start-up, business interests and stock options are often difficult to calculate. Valuation methods may not produce an accurate calculation of assets which can lead to apprehension and opportunities to hide various assets. A well drafted prenuptial agreement can discourage deception and provide a realistic business valuation.

As a result of a 2011 Pew research report, the median age of brides and grooms have undergone a significant social shift. No longer are couples opting to marry in their early or mid twenties, but are now waiting to wed closer to age 30. By doing so, personal assets of both partners have been pre-established and a well-drafted prenuptial can protect individual assets.

In today’s society, the old pick-up line of, “What is your sign?” may be replaced by, “Are your student loans satisfied”? With more than $1.2 trillion of outstanding student loan debt, a prenuptial will insulate each individual against assuming responsibility for not only their spouse’s student loan debt but other pre-existing instances of debt in the event of divorce.

In the event of an already blended family, recent editions or embryos set aside for hopes of a future family, a prenuptial can outline a legal course of action to protect all present family members or the future of those yet to come.

Once only used by the Hollywood or business elite, the confidentiality clause is now being inserted into many prenuptial agreements nationwide. With the expansion of social media, the promotion and discussion of the benefits of drafting a prenuptial agreement is now reaching far beyond Hollywood Boulevard and making an impact on Main Street, U.S.A.