The Sobering Truth about Psychological Abuse 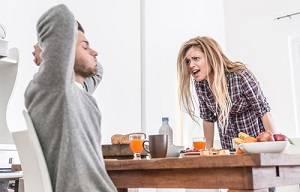 Often overlooked, excused, or even blatantly denied, domestic abuse remains rampant across the United States despite recent awareness campaigns. The Centers for Disease Control and Prevention (CDC) estimates that every minute, 20 people, both male and female, experience some type of physical or psychological abuse by an intimate partner.

Often when domestic abuse is discussed one tends to visualize a battered woman with bruises, broken bones or traces of a physical assault at the hands of the abuser but emotional abuse is just as damaging, often causing irreversible damage to one’s psyche. Sans the physical signs of abuse, emotional abuse if often overlooked even by the person on the receiving end of the abuse.

The goal of an abuser who inflicts emotional abuse is to tear down his or her victim’s self-esteem and personal independence. Often victims of emotional abuse begin to feel that there is no recourse and resign themselves to become a willing participant in the cycle of abuse.

Just as a physical assault, emotional abuse can be inflicted by the abuser hurling insults and controlling behavior as a means to widdle away at one’s self-esteem Often the abuser may also refer to threats of physical harm as well.

For those who live daily with emotional abuse, the non-physical scars can run deep, often surpassing physical abuse trauma. Although for those looking from the outside into an abusive relationship, the intent of the abuser does not result from loss of control but rather he or she has made a deliberate choice to control the life of another person.

For those adept at emotional abuse, they often use the following tactics of manipulation and to hold the power within in an emotionally abusive relationship.

For many abusers, the need to feel in charge of a relationship is evident. He or she will make all the decisions and expect nothing less than submissive obedience. To achieve this goal, the abuser will treat the other as a servant, child, or even a possession.

The abuser will go far out of their way to embarrass or humiliate the abused. They will try to make the other person feel less that adequate or capable. Often name-calling, shaming, and public humiliation will occur causing the victim to feel powerless.

The abuser will increase the level of dependence on him or her while the victim feels a sense of loss to the outside world. They may keep their partner from friends and even family. Work and school may be out of the picture. Perhaps the abuser will even insist the victim ask permission before doing anything or going anywhere.

Although not physical, the abuser will use threats to keep his or her partner from seeking professional or legal assistance. He or she may also threaten to physically harm their victim, the victim’s children, or other family members.

The abuser may also use various intimidation strategies to scare his or her partner into submission. These may include a look or gesture, breaking objects, displaying weapons, destroying personal property or even physically abusing a family pet. These tactics are used to intimate the victim and to warn that severe consequences can occur if the victim does not submit to the abuser’s controlling behaviors.

Often champions of this game, abusers are successful at making excuses for the inexcusable. They will find blame anywhere, a bad childhood or their own experiences with physical or psychological abuse and use these excuses to minimize or even deny they are abusive. Ultimately his or her violent outbursts are somehow the fault of their victim.

If you are currently involved in an abusive relationship and one that has left you feeling emotionally drained, depressed, ashamed, confused or even fearful, it is time to reach out for help. The Hinsdale domestic abuse attorneys of Martoccio & Martoccio will first diligently achieve all measures of safety precautions while working on a sound legal strategy to finally end the cycle of abuse. Take that first step to independence by contacting our office today to schedule your no charge consultation.