The Push for Automatic Brakes 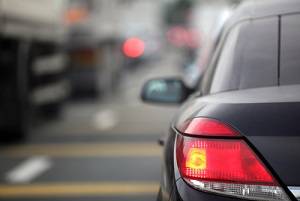 Many believe that autonomous or driverless vehicles represent the future of personal and commercial transportation. Testing of such vehicles is already underway in many parts of the world and tech-reliant companies like Uber have already announced their intentions to ride that wave over the next decade. However, much of the technology required for driverless vehicles can be applied today in an effort to prevent auto accidents, save lives, and reduce resulting injuries. Among such features are automatic braking systems, which auto industry leaders have indicated, will soon become standard on new cars around the world, including here in the United States.

Automatic brakes are part of a relatively new line of automotive enhancements employed for the purposes of crash avoidance. Crash avoidance systems typically involve complex electronics and software, combined with sensors, cameras, and radar, that allow the vehicle to be “aware” of the surrounding environment and either notify the driver or take action on its own. Other examples include back-up cameras, blind spot warnings, automatic headlights and high beams, and electronic stability control, all designed to increase driver and passenger safety.

Just as the name implies, automatic emergency braking systems are intended to prevent collisions, primarily, rear-end accidents, which cause nearly half a million injuries every year. Combined with a forward-collision warning system, automatic brakes engage to stop the vehicle when the system determines that a crash would be otherwise imminent. According the estimates from the Insurance Institute for Highway Safety (IIHS), automatic braking systems could reduce injury claims by up to 35 percent, a number which represents hundreds of thousands of injuries. “Most crashes involve driver error,” said Adrian Lund, IIHS president. “This technology can compensate for the mistakes every driver makes.”

Last month, at the opening of a new Virginia vehicle research center, 10 major automakers announced their intentions to make automatic brakes a standard feature on all new cars in the coming years. Currently, they are available as an option on mostly high-end luxury models, meaning, as U.S. Secretary of Transportation Anthony Foxx observed, “too few Americans will see the benefits of this new era [of vehicle safety].” The list of manufacturers includes North American automotive giants Ford and General Motors, along with Audi, BMW, Mazda, Mercedes-Benz, Tesla, Toyota, Volkswagen and Volvo. The American Trucking Association, a commercial trucking lobbying group, has expressed its support for the effort, and would like to see automatic brakes on large trucks and tractor-trailers as well.

As safety-oriented technology continues to advance, the dangers of rear-end collisions are still very real. If you have been injured in such an accident, contact an experienced DuPage County personal injury attorney today. Call 630-920-8855 for your free consultation at Martoccio & Martoccio.