Recognizing Codependency in Your Marriage 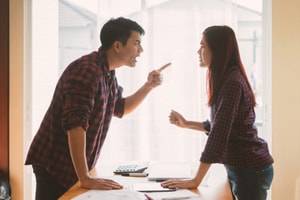 Codependent behavior can be a symptom of an unhealthy marriage and a reason that a spouse does not pursue divorce. Codependency is defined as a relationship in which one person is willingly subservient to the other at the expense of his or her own needs. Such marriages are dysfunctional because:

Admitting when they need to change or even get a divorce is a big step for the recovery of people in codependent marriages. However, a history of codependency can cause a high-conflict divorce.

A codependent marriage requires a willingness by both spouses to accept this relationship dynamic. The dominant spouse may encourage his or her spouse’s subservience in the marriage, but the passive spouse may be responsible for introducing the behavior. Codependent spouses believe that their behavior is a healthy and appropriate way to care for someone. Women are more likely to display codependent behavior because many of them were taught at a young age that:

A spouse is showing that he or she is ready to move on from codependency when he or she initiates or agrees to a divorce. However, the past codependent relationship can linger during the divorce. The dominant spouse may continue treating the codependent spouse as subservient by:

The codependent spouse must resist the habit of feeling sympathetic towards his or her spouse and capitulating to the spouse’s needs. As consequence, the dominant spouse may become combative because he or she is unfamiliar with having a more balanced relationship.