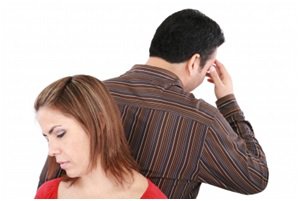 According to the LA Times, Katy Perry is opening up about her divorce from Russell Brand. They met at the 2009 MTV Music Awards, married in 2010, and divorced just 14 months later. She states that the last time that she actually spoke with him was when he sent her a text message on December 31, 2011, saying that he wanted to divorce her. It seems that this disconnected method of leaving a spouse is not uncommon. There was a controversy earlier this year when Atlanta Housewives reality show star Portia Stewart learned that her husband, Kordell, had filed for divorce through Twitter.

It seems that social media has come to be the preferred mode of communication for many couples today. In fact, there are reports stating that social media is also one of the growing reasons for divorce. If you are having marriage issues, there is no better way to communicate than sitting down to talk to your spouse without the barrier of technology between the two of you. Not having an open line of communication can doom the relationship from the beginning. Social media is supposed to be a fun way to keep in touch with friends and family and in some cases; it is used as a business tool. However, romantic relationships can benefit from face to face conversations.

While using social media to break up with or divorce a spouse is not illegal, it is certainly uncouth. If you want to be divorced from your spouse, the first step to getting the ball rolling is to contact a Chicagoland area divorce attorney with any questions that you have. The attorney will assess the case and walk you through the process to ensure that your interests as well as the interests of your children are observed.