Shared Custody and Visitation during the Holiday Season 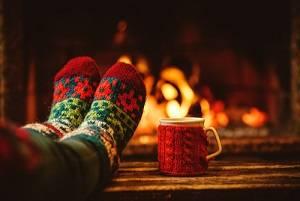 With the advent of the first holiday commercial appearing 100 days before December 25, K-Mart, a leading retail chain, did experience a varying degree of flack over what appeared to be an extensive early showing. Although we all tend to be annoyed how early retailers begin running their spots to grab the attention of holiday shoppers, it is estimated that 34 million Americans have already started their holiday shopping. As this represents 14 percent of the population, one million report that they have already finished gift buying. Although holiday gift-giving is a joyous occasion, for those who have undergone a divorce and share custody, the holiday season can become grueling as schedules become a challenge.

Often as the holiday season is recognized as the most contentious of custody conflicts within the calendar year, the following tips may assist both parents with reaching an effective compromise.

Of course, this should be the first step to devising a structured schedule for both parents. By following the expectations previously agreed upon may lessen the anxiety and conflicts revolving around a shared holiday schedule.

If you do not have a legal custody agreement, revisit conversations and what has been agreed upon during past holiday seasons.

Do Not Leave the Decision Up to the Children

Avoid making your children choose between parents. This is entirely too much responsibility for a child. Children learn from example, ensure that you and your former spouse behave as such. Being willing to negotiate to reach an agreeable compromise accomplishes goals without placing children in the middle of the conflict.

Communicate Your Goals Clearly and Calmly

Being vague about a specific request or trying to mask the real reason you may be requesting a schedule change only interferes with establishing clear patterns of positive negotiations. This may also cause discomfort for the children involved.

Request Your Ex Do the Same

If you plan to open the lines of honest communication, request the same of your former partner. Ask what their holiday plans and goals may be and learn what is the most important to them. By doing so, you will find yourselves effectively negotiating a holiday schedule that works well for the both of you.

Offering a Compromise Can Go a Long Way

Perhaps “bargain” your way to a successful agreement for the holidays by perhaps adjusting other schedule options throughout the calendar year. For example, if your spouse wants to have more time with the kids during the week, consider the request.

If you and your spouse are on a clear path to divorce but both agree to establish an amicable joint custody agreement to ensure they both share special moments in their children’s lives, the skilled Hinsdale family law attorneys of the Law Offices of Martoccio & Martoccio would like to assist you with your goal. Contact our offices at 630-920-8855 to learn more about our legal services.