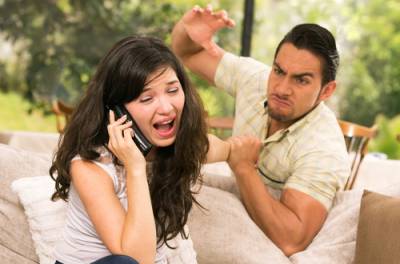 Recently, The Huffington Post consulted with Rosalind Sedacca, founder of the Child-Centered Divorce Network for parents and a certified divorce and relationship coach, to discuss the relationship complexities of marriage and what may be the tell-tale signs it may be time to dissolve the union.In response, Sedacca voiced that only when a marriage begins to unravel is when couples reflect on their marital mistakes. Sedacca further stresses that if a relationship has lost its loving feeling or operates without mutual love or respect, it may be time to either consult with a marriage counselor or a qualified divorce attorney. The following are her six tell-tale signs a marriage may have become irrevocably broken.

When spouses, either alone or together cease to respect one another, the marital foundation has lost its stability. Sedacca believes this to be the primary cause of most divorces.

A healthy marital relationship supports each spouse’s outside interests, hobbies or social circle. Once jealousy or control issues arise in these areas, it may be time to cut the marital ties.

If a spouse chooses not to accept responsibility for his or her own actions and tends to find fault in others, including the spouse, Sedacca believes the time is prime for divorce.

If one spouse has become self-absorbed and the other has become fearful or uncomfortable when voicing his or her concerns, Sedacca believes that the offending spouse in reveling in narcissistic behaviors of which will have a negative effect on the relationship.

Often the first sign that a marriage is beginning to spoil is the advancement of emotional or verbal abuse. Sedacca believes that when one spouse has become voicing highly critical comments that tears down the self-esteem of the other spouse, the marriage is in serious trouble.

If there is concern that one of the partners has exhibited past instances of physical abuse and the other spouse is becoming increasingly fearful through observance of the other’s intimidating or threatening behaviors or adverse body language, Sedacca feels that it necessary to seek professional help immediately.

Sedacca concluded by stressing that a strong marital relationship should evoke feelings of safety, trust and equality of spousal support. Relationships should be constantly growing with both partners sharing and learning to compromise and if your marriage fails to thrive, it may be time to take a serious inventory of the relationship.

No matter which of the six tell-tale signs presented by Sedacca has influenced your decision to consult with a qualified Hinsdale divorce attorney, the legal team of The Law Office of Martoccio & Martoccio understands just how challenging divorce can be.Our attorneys are skilled negotiators and litigators and will strongly serve to protect your legal rights and interests. Contact our offices today to schedule your free consultation.