Understanding the Six Simple Steps of Divorce in Illinois 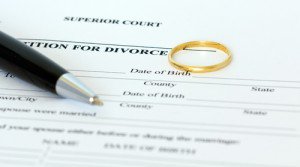 For the eight out of every thousand Illinois residents who are projected to seek the services of a qualified Illinois divorce attorney this year, The Huffington Post, supported by documentation derived by the American Bar Association, the Centers for Disease Control and Prevention and 2011 Census Bureau, has provided a guide to each individual state and relevant data for those who are facing divorce.

If you and your spouse are currently included in this ranking, there are six important steps to remember that may decrease the uncertainty and emotional turmoil often experienced during this process. Before consulting with a skilled Illinois divorce attorney it may be helpful to review the following steps as an impromptu guide to divorce in the Prairie State.

Step One: Petitioning for Divorce

Under the Illinois Marriage and Dissolution of Marriage Act (750 ILCS 5), the filing of a petition to dissolve the marriage is the responsibility of the Plaintiff against the identified Respondent or Defendant.

Although Illinois is a no-fault divorce state, grounds for divorce are required to be included in the petition even though either fault or no fault determination.

Once the court files the petition, due process requests that the Respondent be served with said document which includes a summons to appear in front of the court.

The Plaintiff also determines how the Defendant will be served, either it be through a local law authority, publicly within a publication in the country of residence or professional agency.

Once officially served, the Respondent has 30 days to file a written Response to Petition. If the Defendant fails to do so, the Petitioner may request a court sanctioned default judgement. If so ordered, the court can then divide the marital property, equity and the divorce will be granted.

If the Respondent follows proper procedure, temporary continual maintenance will be issued as well as a determination of child support if applicable.

During this step, the value of the marital estate is reviewed, negotiated and then settled. Once an agreement has been reached, a Marital Settlement Agreement is drafted and presented to each party for final signature. The final step of this fourth contingency is reviewed by the presiding judge and testimony is taken if applicable.

If differences with regard to child support, custody or visitation remain in question, the court will move forward for status hearings for further negotiations.

If either parties reach a stalemate, both respective divorce attorneys may opt to submit the issues to the judge during a pretrial conference. These conferences are often conducted within chambers with the determination rendered by the presiding judge.

Although the judge’s determination is not binding at the trial, it is often the best motivation for reaching a final settlement without preparing for a full trial.

If an acceptable settlement is not reached during negotiation or pretrial conference, the proceedings then move to trial with an estimated wait time of up to six months.

If applicable, during this wait period, each respected attorney will be preparing for trial by interviewing witnesses, seeking depositions or reviewing expert documentation.

Trials generally last from one day up to perhaps several weeks and all decisions are made solely by the presiding judge. After receiving the judge’s determination, a final divorce decree will be entered into record.

The skilled Hinsdale divorce attorneys of Martoccio & Martoccio have been assisting fellow Illinois residents with divorce for 35 years and we would like to help you. If you are currently considering divorce and reside in DuPage, Cook, Kane, Kendall or Will Counties, contact our office to schedule your free initial consultation today.