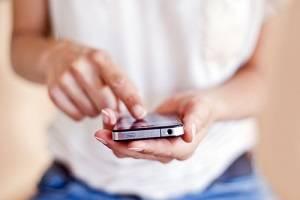 If you are facing divorce and have children, you will undoubtedly have a longer process to go through than divorcing couples who are childless. One of the most complicated factors of divorce with children is settling issues of child support upon dissolution of the marriage.

Despite media saturation of parents failing to provide the type of child support for their children mandated legally, the vast majority of divorced non-custodial parents want nothing but the best for their children, and this often takes the form of money. It is when the exchange of this money lacks transparency that parents often feel reluctant to hand it over.

And it is a lot of money. Nationwide, an estimated $200 billion is exchanged annually in the form of child support and shared custody arrangement costs. In Illinois, the collection and distribution of child support is handled by the office of the Attorney General. The State Attorney General’s office collects approximately $300 million in child support from 90 Illinois counties. The efforts of the A.G.'s office appear to be working. In 2013, the agency collected almost $1.5 million more than they did in the previous year, and they handled almost 500,000 child support cases that year.

So how to ensure that all that money ends up in the right place? One way is to use a smartphone app that was developed to help parents — on both sides of the custodial fence — deal with child support payments and collection with more transparency, ease, and flexibility. These apps allow parents to exchange and receive money, sharing details about the need for the money, while also allowing some things to be kept private.

An app may help with the actual exchange of child support payments, but to settle specifics you will first need to work with a qualified legal professional. Contact an experienced Hinsdale child support attorney. Call Martoccio & Martoccio at 630-920-8855 today.