Can My Husband's Social Security Benefits Be Divided or Even Offset With Other Assets Granted to Me in Our Illinois Divorce? 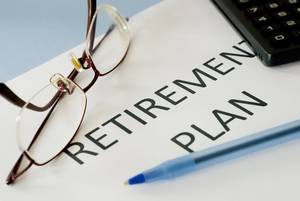 Social Security benefits are not subject to division on divorce in Illinois. Most retirement benefits such as traditional pensions paid monthly, 401K accounts and IRA accounts earned during the marriage by your spouse are treated as marital assets and are routinely divided in a divorce. Simply put: if your Husband or Wife earns a retirement benefit in his or her own name, you get a share upon divorce. Usually at least 50% of the marital portion of that retirement account can be divided to you.

But your Husband's or Wife’s Social Security benefits, even if earned during your marriage, cannot be divided in Illinois as marital property since are not subject to division on divorce. See my post: The Good and Bad of Social Security and Divorce in Illinois.

What happens then when the Wife earns Social Security Benefits during the marriage and the Husband who is a policeman earns a pension instead of contributing to Social Security?

Just such a case arose from In re the Marriage of Mueller. Instead of contributing to Social Security, Mr. Mueller, a Springfield policeman, earned a police pension while his wife Mrs. Mueller made contributions to her own Social Security. Mr. Mueller argued that he should be entitled to a reduction of $300,000 from his pension which would represent his share of his Wife's accumulated Social Security benefits.

Today’s 5-2 majority opinion authored by Justice Mary Jane Theis held that both direct and indirect Social Security offsets violate not only federal law but also In re Marriage of Crook’s core holding.

Mr. Mueller's calculation of the value of Mrs. Mueller Social Security benefits although hypothetical, could not be used. Justice Theis wrote, Christopher cannot use that calculation to consider the benefits as divisible marital property, even if hypothetical, because Crook holds it is improper to do so.

Justice Theis also since the Illinois Marriage and Dissolution of Marriage Act says pension benefits that come from contributions made during a marriage are considered marital property, but Social Security benefits are not.

Justice Theis wrote, is that the value of one’s pension benefits are guaranteed upon retirement as a contractual promise, but Social Security benefits are less defined.

“Although the (Social Security) program is funded by contributions by participants over their working lives, they are never guaranteed to get out what they put into it because Congress has reserved the ability to alter, amend, or even repeal parts of the Social Security Act,” she wrote.

It seems to me that in these days public employee pensions are more likely not to be honored by the State of Illinois and Social Security much more likely to be honored by the federal government. As the dissenting opinion by Justice Anne Burke in the Mueller case reasoned, Mr. Mueller's proposed apportionment, if adopted, would ensure the trial court would divide just his pension — something Illinois statute doesn’t prohibit.