Is There Any Way for Me to Get My Son Back to Illinois? 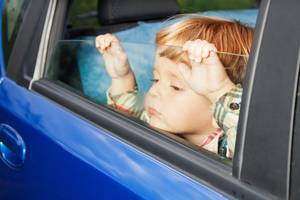 My girlfriend left Illinois with our son. Is there any way for me to get him back it Illinois? She left with our son without even telling me. I have never been involved in a paternity case with her and I did not sign a voluntary acknowledgment of paternity at the time my child was born because she never told me that I was the father until after his birth.

This all changed recently in the case of Hedrich v. Mack, 2015 IL App (2d) 141126 (Feb. 17, 2015). Four days before the father filed a petition in the McHenry County court for joint custody and the declaration of his fatherhood of the parties’ 18-month-old daughter, the mother moved to Minnesota without father's consent. The trial court dismissed the father’s claims and the father repealed.

The Appellate court second district of Illinois found that section 13.5 of the Heritage Back in Illinois “is the only mechanism available to the court to order the return of a minor child in situations such as this where the parents were never married and no proceedings whatsoever existed prior to the custodial parent leaving the state with the child.”

The Appellate Court reversed the trial judge and send the case back to him to decide whether the father should have joint custody and whether the mother should be allowed to relocate their child to Minnesota.

So what is the take away from this case? If you are an unmarried father of a child in Illinois you should first file a voluntary acknowledgment of paternity at the time the child was born. If you did not do so, you should file your own case for paternity to establish that you are the child's father and you are entitled to object to the removal of your child to another state. At Martoccio and Martoccio we have fought for father's rights and have won significant cases involving interstate custody issues.