Sticky Fingers: Spiderman and the Case of the Maybe Dead Patent 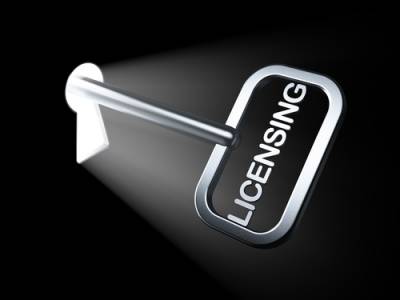 Suppose that you invented a toy: a Web Blaster that shoots foam string from a glove. And you sell it to Marvel Comics, the company that owns the Spiderman character. They pay more than $6 million for rights to your patent under your agreement with them, but then your patent expires. Do they have to continue to pay you?

Stephen Kimble had just such a dispute with Marvel Entertainment over a Web Blaster toy that shoots foam string from a glove.

Kimble sold the patent for his toy to Marvel in 2001. After being paid more than $6 million in royalties under terms of their agreement, Marvel stopped making payments in 2010 claiming that, even though Mr. Kimble had a contract with them, once the patent expired, they owed him no more royalties.

Mr. Kimble argued that a contract is a contract and a deal is a deal. Marvel comics claimed an agreement to pay royalties after a patent expires would be a clever but illegal way to extend the life of the patent. The basis of Marvel's claim came from the ruling in the case of Brulotte v. Thys Co., a decision handed down by the United States Supreme Court more than 50 years ago. Mr. Kimble said the arguments made by Marvel were outdated and unreasonable. A licensing agreement, he claimed, was not an extension of patent rights. See Patent Royalties Extending Beyond Expiration: An Illogical Ban From Brulotte To Scheiber.

Believe it or not, the case created quite a stir among economists and others. Then, just like Spiderman himself the case shot to the top, ending in the lap of the United States Supreme Court.

On the contrary, Justice Elena Kagan and the majority of the court ruled in favor of supporting the long-established principle that an extension of the patent was not allowable. The thrust of her decision was the United States Supreme Court should not turn overturn long-settled precedents – prior cases that have provided the basis for future rulings over a long period of time.

Even President Obama’s administration entered the fray and said that Brulotte should remain intact because it favors "unrestricted public access to unpatented and previously patented inventions."

In his dissent, Justice Samuel Alito opined that the practice of adhering to precedent "does not require us to retain this baseless and damaging precedent." He also pointed out that Brulotte was not based on the Patent Act, but on an economic theory "that has been debunked." Also dissenting were Chief Justice John Roberts and Justice Clarence Thomas.

So the fight of good versus evil or evil versus good depending upon how you look at it goes on. See also: my post Sherlock Holmes In The Case Of The Dead Copyright – A True Story.