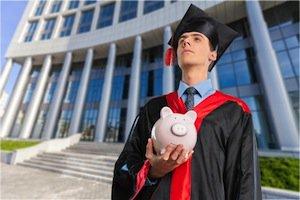 For the first time, if you pay child support, you can now deduct your student loan payments from your income in calculating your child support obligation.

By definition, now included among the deductions in calculating guideline child support are student loan payments:

This is a welcome relief for the millions of Americans who are paying student loans and child support. In fact, two-thirds of students graduating from American colleges and universities have outstanding student loans. The average is $26,600; however, many will have crippling debt of $100,000 or more. College debt now exceeds $1.2 trillion. (See Forbes)

I believe that it is for this reason that the Illinois Legislature saw fit to give some relief to those who must pay child support but are also obligated to pay student loans. However, since this is an untested new statute there could be abuses. Prior to January 1, 2016, student loans were not deductible in determining guideline child support.

In the Roper case, a child was born to a young father while he was in high school. The father went to a four-year university, and then an expensive four-year private joint degree graduate program. He argued that he should have been allowed to deduct all of his student loans. The Illinois Appellate Court found that his student loans were not reasonable, at least not entirely, because he could have obtained these degrees without incurring such an “overwhelming level of debt.” And the Appellate Court noted that the father could have worked during college and attended law school part time. The court refused to allow the deduction of all of the student loan repayments. Under the new January 1, 2016, Illinois divorce law, the father’s student loan payments would be expressly deductible.

The lesson here is clear, if you are the father (or mother) paying child support, then you can deduct the cost your student loan repayments, including college, graduate school, and professional school from your gross income in calculating Illinois Child Support.

PRACTICE POINT: You cannot simply deduct the cost of your education—only the loan repayments. If you do not take out student loans to repay, then you cannot deduct your costs of a higher education.

Could this lead to fathers who could afford to pay for their own educations yet take out student loans they could do without, just to lower their child support payments? It surely could. I have seen in my practice those who may have a duty to pay child support go to much further extremes than simply taking out student loans.

If you have any questions concerning family law, we are available to help you. Please contact the knowledgeable Hinsdale, IL family law attorneys at Martoccio & Martioccio today. Call 630-920-8855.