Study Concludes Marriage May be Too Expensive for Working Class 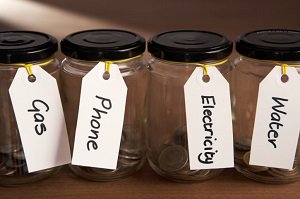 A new study has concluded that fear and uncertainty of what the future will bring, as well as employment security, are what is preventing many working-class people from getting married – and not filing for divorce.

A recent article in U.S. News reported on the study and also interviewed Andrew Cherlin, a professor of sociology and public policy at John Hopkins, who researches what the trends are when it comes to family and marriages.

Cherlin told the publication there has been a definite trend among working-class Americans to postpone getting married. Getting married in order to have children is also showing a decline among the working class.  Another surprising statistics shows that women with college degrees are more likely to get married than women who have only graduated from high school. Cherlin is quoted as saying there is now a “class divide in marriage.”

Researchers interviewed 300 people, both working and middle class. The common concerns among the working-class people who participated in the study were low pay, lack of job security and lack of other financial resources. Many questioned how they would be able to provide for another individual when there was such instability in their ability to financially take care of their own needs, held many back from planning for the future and getting married.

One of the researchers involved with the study, Sarah Corse, who is an associate professor of sociology at the University of Virginia, told the publication that research show that where many times marriage brings stability to couples who fall into the middle-class category, it actually has the opposite effect of those who fall into the working-class. As a result, many just live together and postpone getting married, or sometimes forgo it completely.

Regardless of financial situations, the sad fact is that so many marriages do end in divorce. If you are considering leaving your spouse, it’s important to consult with an experienced Hinsdale family law attorney to make sure you are fully represented in what can often turn into a very complicated and adversarial process.