Study Raises the Question, Do Couples Divorce Because of Autism? 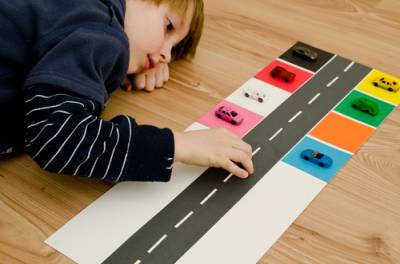 The Centers for Disease Control and Prevention (CDC) estimates that for every 68 live births in the United States, one child and their family will be facing the lifelong challenges associated with autistic spectrum disorder or ASD.Many have raised the question of whether or not raising a child with ASD contributes to the breakup of a marriage.

As per Autism Speaks®, a non-profit organization dedicated to increasing awareness, the advancement of research and advocates lobbying for legislation, defines autistic spectrum disorder as a complex group of brain disorders that affect social interaction, verbal and nonverbal communication and repetitive disorders.

Although each individual with ASD is unique, many placing on the autism spectrum will face difficult challenges as they view the world in an “atypical” way with varying degrees of difficulty. As organizations such as Autism Speaks® strive to improve the lives of those living with autism, the CDC estimates that the annual cost of care for a family raising a child with ASD can often range from $17,000 up to $21,000 with societal costs reaching over $9 billion.

As most parents of a child with ASD are extremely aware of the stress and challenges often associated with the diagnosis, Psychology Today asked the question, Do Couples Divorce Because of Autism?

By referencing two varying studies it appears that the researchers remain divided. One study conducted by S.L. Hartley, et al studied the relative risk of timing and probable divorce rate for parents raising a child with ASD and concluded that the divorce risk was significantly higher. On the other hand, a study conducted by B.H. Freedman, Kennedy Krieger Institute concluded there was not a significant increase in divorce rates among parents raising a child with ASD. Actually Freedman reported that 64 percent of children with ASD lived with married parents comparable to a rate of 65 percent for children not diagnosed with ASD.

Psychology Today further surveyed parents to gauge their perception of divorce and ASD with results indicating that while 78 percent of parents indicated a divorce following an ASD diagnosis, 76 percent indicated that raising a child with ASD was not the primary cause of the divorce with 50 percent of parents indicating that it was a contributing factor for the dissolution of the marriage.

There are countless research studies, organizations and others interested in assisting families raising a child with ASD but if for any reason you are considering divorce and reside in DuPage, Cook, Kane, Kendall or Will Counties, the experienced Hinsdale divorce attorneys of Martoccio & Martoccio can help you through the legal challenges. Contact our firm at 630-920-8855 to schedule a free consultation today.