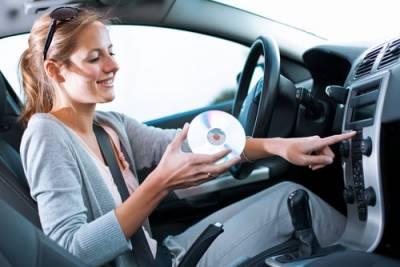 These days, cell phones and mobile devices are on everyone’s radar as a dangerous distraction for drivers. Safety experts, however, are taking steps to increase awareness that loud music can also be a serious distraction that can lead to car accidents.

A Canadian study found that a driver’s reactions time was reduced by an average of 20 percent when loud music was playing. This diminished reaction time could be fatal, even for those traveling at a moderate speed.

Loud Music Can Cause Hearing Loss

Loud music is also a danger to those listening to it. Listening to music at 90 decibels for half an hour can cause permanent hearing damage. Many teenage drivers listen to music at levels that easily exceed 90 decibels, and the American Medical Association says that about 6 million teenagers suffer from some type of hearing loss.

A separate study looked at how teens were affected by music while driving. Teen drivers were asked to drive with a driving instructor for several drives. The drivers had each been licensed for about seven months, so they were young but not totally new to operating a motor vehicle. On one drive, the teens were asked to bring a playlist of songs; on the others, they drove in silence or listened to an instrumental soundtrack that encouraged safer driving.

The study found that the teens listened to their playlists at higher volumes than the safe driving soundtrack. The teens also made significantly more errors while driving when they were listening to their playlist. Such errors included speeding, weaving, and aggression.

The results of such research may not be definitive in predicting driving behavior, however. Another recent study, for example, suggested that music has little effect on more experienced drivers and may actually improve driving performance.

There are many potential causes of car accidents, especially when teen drivers are involved. If you have been seriously injured in a car accident, you should have your case evaluated by a knowledgeable attorney. It is important to keep in mind that car accident cases must be brought within a certain period of time—two years from the date of the accident in most situations. If you fail to act quickly, you could lose your opportunity.

At Martoccio & Martoccio, we have helped many accident victims collect compensation for their injuries, allowing them to put their lives back together. Contact one of our experienced DuPage County personal injury lawyers by calling 630-920-8855 today. We will work hard on your behalf to ensure that your rights are fully protected.