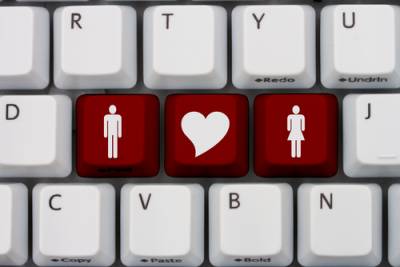 As Match.com recently celebrated it’s 20th anniversary, the PEW Research Center conjects that online dating has evolved tremendously since Match first launched on April 21, 1995. When Match first met the Internet as an alternative to the traditional ways of seeking the lasting love of that special someone, only 14 percent of American adults spent time on the online. Today, nearly nine in 10 Americans are involved with the world wide web and the relationship is growing as many cyber relationships have even forged marriages, but after 10 years of this new form of dating revolution, are cyber couples reaching marital milestones or consulting with a divorce attorney?

Although Match has remained the leader supreme, as the social experiment took flight many other online dating sites sprang into action. PEW probed the phenomenon and revealed the following five conclusions.

Gone are the days of attaching an unfavorable stigma to online dating. More and more Americans now believe that online dating produces results as a good way to meet people.

Currently online dating users are between the ages of 25 to 34 years of age but the service is now becoming popular with older singles as well.

As online dating sites request that users build an appropriate and interesting profile, many first time daters admit to enlisting the help of a friend to create the initial profile page.

PEW further uncovered that the digital age has refreshed the nuances of traditional matchmaking, the majority of relationships still begin offline as 88 percent of Americans attest to meeting their match without the assistance of an online dating platform.

Even as the traditional divorce rate for Americans has experienced a slight decline of three percent over the past few years, statistically marriage remains an uphill battle. For those entering marriage via a digital format, currently there is little statistical data to even measure whether or not the happy couple will have a fairy tale ending.

Traditionally or digitally, no matter how you and your spouse first met is irrelevant, especially if you are currently considering divorce. The dissolution of any marriage evokes emotional challenges and sensitive legal issues. The experienced Hinsdale divorce attorneys of the Law Office of Martoccio & Martoccio bring to the table a tradition of advocating for the rights and interests of our clients for over 35 years. Contact our offices today to schedule your initial consultation.