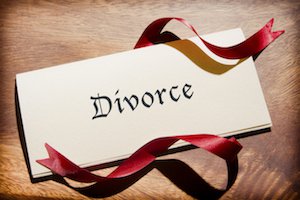 New research argues that the higher the number of conservative Protestants in the area, the higher the divorce rate is, even for those who are not protestant. Researchers from the University of Texas and the University of Iowa went county by count through divorce rates to arrive at their conclusion, suggesting that even religions or locales that strongly support family values can be affected by divorce.

To conduct the study, the researchers controlled for the impact of poverty, which has a strong influence in the Bible belt and has previously been linked to higher divorce rates. Even when the researchers took into account the higher rate of marriage in southern states and even when income was factored into the equation, divorce rates were higher in counties where there were higher numbers of conservative Protestants.

Even individuals who were not religious were influenced by the higher divorce rate if they lived in a county with a large number of conservatives. These findings seem to match well with the conservative nature of the U.S. states that are second and third for divorce rates across the country, Alabama and Arkansas. When compared with states known for higher liberal populations, like New Jersey, and Massachusetts, it seems like divorce is more common among conservative Protestants.

Two of the biggest influences on this higher divorce rate were lower ages at which couples got marriage and low income rates, factors that can place additional stress on couples. Since money is one of the biggest subjects that couples tend to argue about, and since couples who married young might find that their spouse has new or evolving goals, it’s not uncommon for people categorized this way to go through a divorce.

If you have been thinking about divorce, you need to get advice from a Hinsdale divorce attorney.