Can Physics Optimize Your Custody Weekends? 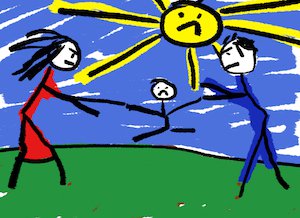 Physicist Andres Gomberoff believes that science can help resolve child custody arrangement questions. Gomberoff, who has two ex-wives and a current girlfriend, was searching for a way to optimize time with children while still allowing for alone time.

Bigger and blended families may be stuck juggling a variety of schedules that don’t make the most sense for any of the parents or the children. To find the best visit schedule, Gomberoff applied the same process that is used to minimize magnetic material in a spin-glass system.

Gomberoff recruited friends in an effort to use mathematics and physics to see whether there was an optimal approach to generating visitation schedules. They used examples from a network of friends who had children and exes. While he and his team discovered that there was no way to satisfy every parent, applying physics did help to reduce the number of unhappy couples. In their research, the team found an algorithm that allows every parent all of their own children on the same weekends.

Easing Your Children Through the Stress of Divorce

You only get one chance with children. There are no redo's. So what you say, do and how you act during your divorce both in front of your children and to your spouse is vitally important to your children's future.

How so, you may ask? All of our lecturing to our children, if contrary to our actions, has little effect on them later in life.

Lead by Example Not Lecture

Love, Marriage and Babies: The Good and the Bad 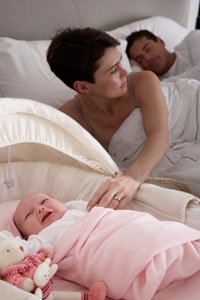 One of the top 10 reasons couples go through divorce within the first 3 to 4 years of marriage, from the perspective of an experienced divorce lawyer, is the change of having children. What you don't know about having a baby may cause you to divorce.

One of the reasons for this may be the fundamental differences between a man and woman. A man anticipates that his life will be essentially the same after the birth of the baby. He expects to participate in the same activities he always has such as sports, or social activities such as going out on the weekends with his buddies.  He does not foresee that life changes after the baby arrives. He thanks business as usual.

How to Talk to Children about Divorce

Divorce occurs in one out of two families, according to the American Academy of Child & Adolescents Psychiatry. When children are involved, parents may find it challenging to address the subject of divorce. Here are a few tips on how to talk to children about divorce. Sometimes it is knowing what not to say that will make the difference.

It is natural for parents to be concerned about how their divorce will affect their children. While getting a divorce may be a relief for parents, it will present uncertainty for children. Knowing what to say or what not to say to your children can help them fair better throughout the divorce process.

How to Help a Child of Divorce Through Separation Anxiety

The effect of divorce on children is not straightforward. There are plenty of studies that illustrate the negative effect divorce can have on a child, but some psychologists point to the benefits divorce can have on a child who has suffered through nasty fights between parents in a tense household. Regardless, according to Psychology Today, “a number of child psychiatric disorders can be triggered by divorce.” One of the most common of these is Separation Anxiety Disorder, which, according to Psychology Today, “is a clinical term that describes an extreme state of distress that’s experienced when a person is separated form someone they’re close to; like a mother or father.”

If you and your spouse have decided to split, it’s likely for good reason and was not one you came to lightly. Working together to do what’s best for the kids is the single most simple way to preserve your family structure, despite whether you’re living in the same house or not. Separation Anxiety Disorder brought on by divorce is not the same as a moment of panic experienced by most young children in the absence of one parent or both—“real Separation Anxiety Disorder,” according to Psychology Today, “is an extreme state. The child is terrified of being left alone.” Some kids believe they’re about to be robbed, or that their parents will die. Warning signs include an unwillingness to sleep alone, hypochondria, or a refusal to go to school.

There are ten pointers, according to Psychology Today that can be considered if you’re worried your child is experiencing Separation Anxiety Disorder. They include (but are not limited to):