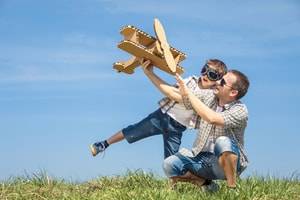 Shared parenting is more than a right that each parent has during a divorce. Numerous studies have concluded that children benefit when both parents take an active role in caring for and raising them. Children of shared parenting agreements:

Despite these benefits, some divorcing parents resist the idea of sharing parental responsibilities with their co-parents. Decades ago, the normal parenting arrangement after a divorce was for the children to live with the mother most of the time and have visits with the father on certain weekends. There are several reasons why shared parenting is better for children:

Illinois presumes that each parent has a right has a right to parenting time during a divorce but that an exactly equal division of parenting time is not preferred. A Geneva, Illinois, divorce attorney at Geneva Family Lawyers can help you negotiate a parenting plan that gives you the parenting time that your children need. Schedule a free consultation by calling 331-588-6611.

The Difference Between Equal and Equitable Division of Property 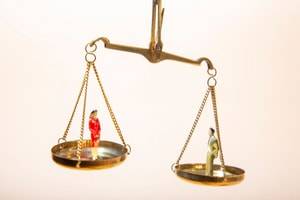 Nine states, including Wisconsin, follow the community property law that assumes that each spouse equally owns any assets and debts gained during the marriage and must equally divide them during a divorce. The rest of the states use equitable distribution, which means that the marital properties will be divided based on what is fair for each side. If spouses cannot determine an equitable division on their own, a divorce court will decide for them.

Why do most states use equitable distribution instead of equal distribution? In many cases, dividing the marital assets equally would not be a fair arrangement because the spouses are not financially equal:

Lessons You Can Take from a Billionaire's Divorce 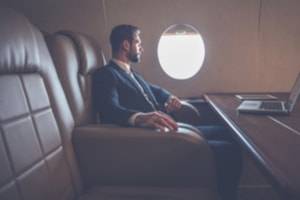 Amazon CEO Jeff Bezos is headed for divorce with his wife after 25 years of marriage. Given that he is the richest man in the world, it may be the most expensive divorce the world has seen. If they follow the standard equitable division of marital property, his wife could receive around $68 billion in assets. Your divorce will not have this extreme level of valuable assets, but you can learn what to expect from a high-asset divorce by watching his case.

The public question about Bezos’s divorce is how it may affect Amazon. Bezos founded the company after he was married, which means that his ownership of Amazon is marital property. There are several possible outcomes because of this:

Any business owner going through a divorce must weigh similar decisions, though most will have much less money at stake. Your business is a marital property unless you created it before your marriage and have kept its finances separate from your marital finances. It is important to maintain control of your business after your divorce, but you will need to give your spouse other valuable assets as compensation.

How to Get Out From Under Child Support Debt 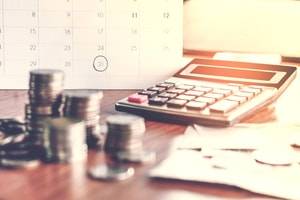 You can quickly amass a large debt if you fall behind on making your required monthly child support payments. You will not only owe back child support, known as child support arrears, but Illinois will charge nine percent interest per year when you are 30 days late on making a payment. There can be serious consequences for parents who do not pay their child support, including:

You should treat child support debt seriously by trying to pay it off and making sure you can afford future payments. 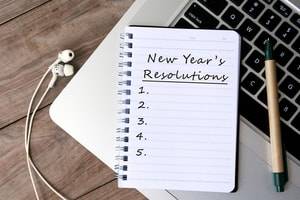 Are you considering getting a divorce but hesitating to go through with it? You can motivate yourself by making a New Year’s resolution. If you are unsure whether to divorce, you can resolve to come up with an answer. If you know you need a divorce, you can resolve to explore divorce resources and take the big step of telling your spouse about your decision. Following through on your resolution could help you find new optimism for the coming year.

You should be confident in your decision to divorce because people rarely go back once they have started the process. It may help you to make a list of positives and negatives of getting a divorce. When creating the list, you can ask yourself:

You may end up with more in the negative column than the positive column, but that does not mean you should not divorce. Your happiness and emotional health are important, and the divorce process has solutions to many of your negatives.