Experiencing the Death of a Child: Can a Marriage Survive? 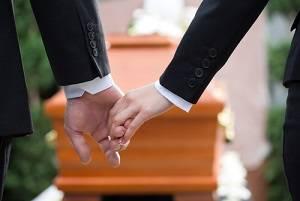 As we as a nation grieve for the victims of the three recent Orlando tragedies - the senseless shooting of singer Christina Grimmie, the mass shooting at the hands of a lone assassin at Pulse Nightclub and most recently, the tragic loss of two-year-old Lane Graves at Walt Disney World. We openly mourn their passing but also remember not only are they lost to us, they have, as sons and daughters, been lost forever to their parents and their families. As we may surmise, the families of those lost are receiving professional grief counseling and possibly appropriate medical care, but the loss of their child will forever remain a scar on their hearts and perhaps even their marriages.

As these recent events have involved children from all age ranges, the U.S. National Library of Medicine, National Institutes of Health (NCBI) presented a study on the long-term effects of the death of a child on both parent’s adjustment during midlife. This study took place in 2010.

The study identified 428 group participants who experienced the death of a child between the ages of infancy through age 34. For the next 18 years, the research team followed the progress of these parents. It was documented that those who had experienced the loss of a child at any age exhibited heightened depressive symptoms, poor physical well-being, and an increase in marital difficulties, often leading to separation or divorce. The study concluded that the traumatic impact of bereavement had increased the divorce rate by eight times the norm.

Although a marriage is a union between two intertwined individuals, both may grieve differently. The sudden loss of a child shatters everything, learning how to survive not only as a mother or father but as a couple can be a long hard fought journey.

As one parent may be vocal and angry, another may be quiet and reflective, but no matter how grief takes form, both parents are experiencing the same loss - their child. It is known that often both parents may never find themselves on the same grieving cycle and this could cause instances of resentment. For example, one partner may be having a fairly calm day while the other cannot hold back the tears, causing internal and external strife for both parents involved.

Exposing patterns of selfishness may also arise wanting to claim one’s grief as their own. One partner may want to be taken care of and almost demand attention while the other partner is hanging on only by a thread. It is at this time that it is important to remember that a partnership is one of love and support as the journey is shared by both. The danger of forgetting this often results in one partner completely shutting down emotionally as a defense mechanism further damaging the health of not only the marriage but the family.

If the loss of a child has broken your marital bond, please contact the experienced Hinsdale family law attorneys of Martoccio & Martoccio. We will address your legal matters with concern and compassion as you continue through this challenging time.