The Tax Consequences of Divorce 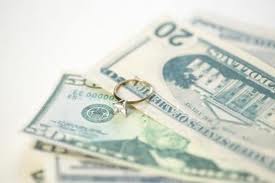 There are many things that are considered in the process of divorce.  If you have kids, then certain arrangements must be made for them regarding child support, child custody and even co-parenting agreements.  There are also financial concerns in divorces like the division of assets and debts, spousal support and others.  But a little considered aspect of divorce is the effects that it has on taxes.

There are also considerations about the custody arrangement, which affects if a parent can claim the children as dependents.  Claiming a child as a dependent is awarded to the parent who has custody for the greater part of a year.  Yet, the custodial parent has the ability to transfer the exemption to the other parent by signing Form 8332.  But, paying or receiving child support does not result in either more or less taxes because those types of payments are not taxable.  The only type of payment stemming from a divorce which is taxable is spousal support, because it is considered to be income generating.

If you have more questions about the divorce and the subsequent financial implications, you should seek the assistance of a legal professional.  Having a comprehensive understanding of divorce law as well as divorce settlements, they will be able to clarify any aspect of divorce.  Contact an experienced divorce attorney in Cook County today.