Three Steps to a Successful Stepfamily 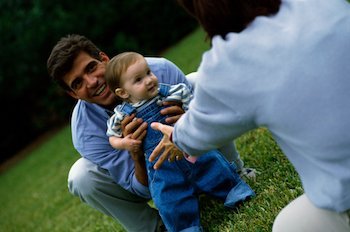 According to the American Psychological Association (APA), between 40 to 50 percent of all first-time married couples in America end up having to file for a divorce. Unfortunately, the statistics do not improve for subsequent marriages; in fact, second and third marriages are often less successful than the first. This could be due in part to the difficulties involved with making a stepfamily work. Fortunately, there are a number of things you can do to increase your chances of success.

Arguments over finances and spending are some of the most common complaints married couples have. To prevent these from happening early on, have a discussion with your spouse about your financial goals. You should also consider whether you and your spouse will pool your money or have separate accounts. The APA reports that couples who pool their money often say they are happier than those who choose to have separate accounts.

Before you step in as a stepparent, it is important to discuss parenting styles with your spouse and ensure that you are in agreement on major issues such as rules, discipline, and rewards. It is also important that the stepparent eases into the role in order to give the children time to adjust; this is particularly true of families with children age 10 to 14. These children often have the most difficult time adjusting to the different parenting styles a new adult in the family may introduce.

It is also important that you don’t try to force a relationship with children from your spouse’s previous marriage. It can take time for them to build affection, and in the beginning it may be better to sit back as an observer and let them come to you as they are ready. This isn’t to say that you shouldn’t encourage closeness; just that it is a good idea to be patient and give the children time.

If you are considering filing for divorce, it is important that you don’t try to go it alone. Contact a qualified Illinois divorce attorney today.