Tips for Applying for Spousal Support in Illinois 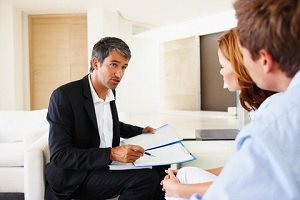 Every once in a while, after a couple has divorced or legally separated, financial circumstances may lead to one of the spouses receiving payments from the other for a set period of time. Legally defined, spousal support, also referred to as spousal maintenance or alimony, is the “transfer of money or assets from one spouse to another after a divorce.” There are different forms of support, some of which can last for only a few months, several years, or until the death of one of the two parties.

Spousal support exists is order to prevent a divorced spouse from suffering a decrease in their standard of living. In many marriages, only one spouse is actively employed, while the other is either untrained or has been out of the workforce for so long that it would be nearly impossible for them to get a job that would allow them to keep up with their previous standard of living. After the divorce, the untrained or unemployed spouse receives payments from the other party for a certain amount of time, sometimes just until they have attained a job that will allow them to keep up with the standard of living experienced during the marriage.

The courts consider various factors when granting spousal maintenance, some of which include the following:

Spousal support agreements can become very complex and time-consuming; they are not to be taken on lightly. If you and your spouse are going through a divorce and are considering requesting support, do not hesitate to contact an Illinois divorce attorney to assist you with the process.