Tips for Newly Divorced Fathers: How to Manage the Holidays 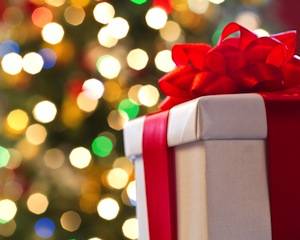 The U.S. Census Bureau reports that although the marriage rate has deceased in the U.S., the national divorce rate remains high and for many newly divorced couples, the approaching holiday season will certainly bring about new challenges.

As history reigns, custody has almost always been awarded to the mother but recently as per an article published by The New York Times, more than 2.2 million mothers have relinquished custody giving up to 50 percent of fathers now accepting the primary parental role. Although many more men are accepting this role, there are many who may be facing the holidays with only a limited time with their offspring.

No matter the outcome of your custody agreement, the following holiday parenting tips, post-divorce, may prove helpful to both parents as the season quickly approaches.

'Tis the Season for the kids, strive to keep it that way. Do not re-visit recent marital wounds, keep it as light as possible and avoid placing your children in the middle of your discontent.

If possible, speak with your ex and agree on a budget as well as what gifts are acceptable. This advice should also be followed by grandparents as well. Resist the urge to splurge. In the long run, it does not benefit your child.

Although the first holiday post-divorce will be one of many emotions, try to maintain some level of pre-divorce family holiday traditions. Keep in mind that your children are also experiencing anxiety of what is to come. Children crave routine and expect some traditions to remain intact, even if they vary slightly. It is also advisable to start a few post-divorce holiday traditions as well.

Time Is of the Essence

The holiday season is hectic in itself, do not try to force too much togetherness. Although you may be able to attend holiday functions on behalf of the children with your ex, this does not open the door to spending every waking holiday minute together. Ultimately, the children will feel the tension and anxiety levels may raise to the boiling point. Moderation is key and depends heavily upon how civil you are with your former spouse.

Alan Kazdin, professor of psychology at Yale University and director of Yale’s Parenting Center, wraps up the holiday season post-divorce as a season of compromise that if done correctly, will only benefit the child season after season.

If you are considering divorce, perhaps the holiday season is not the best time to proceed. Unless dire circumstances require filing as soon as possible, try to wait after the season to avoid becoming the Grinch who stole Christmas.

If you are contemplating filing for divorce following the holidays and reside in Cook, DuPage, Kane, Kendall or Will Counties, the experienced Hinsdale family law attorneys of Martoccio & Martoccio can help. Our legal team will not only advise you on your best course of legal action but also draft a custody and visitation agreement conducive to both parents. Contact our offices at 630-920-8855 to schedule your free initial consultation today.