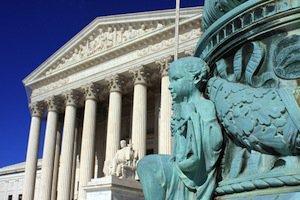 President Obama has the power to nominate a proposed Justice of the Supreme Court since the death of Justice Antonin Scalia on February 13, 2016. The United States Constitution Article II, Section 2, Clause 2 provides that the president "shall nominate, and by and with the Advice and Consent of the Senate, shall appoint ... Judges of the Supreme Court."

In the beginning, the Senate acted upon the President's nomination within a week or so from the date of nomination to a vote—it was little more than a rubber stamp. After 1967, the wait time for a presidential nominee has averaged more than two months. Current Justices have averaged 71 days.

In 1916, Justice Louis D. Brandeis had the distinction of the longest wait time for a nominee of 125 days, during which there were 19 public hearings. Public hearings were first introduced in the Brandeis confirmation. Before Justice Brandeis' nomination, there was never a record of any hearing at all, except only once in 1873 for the nomination of George H. Williams to be Chief Justice. It was a closed door meeting.

In an election year, with the Senate in control of the Republicans and perhaps objecting to each and every nominee, this could be a record year for the longest wait for a vote in history.

Will President Obama try to guarantee his legacy by having his nominee confirmed by the Senate? To do so, he may have to choose someone he does not really want but is acceptable to the Republicans in control of the Senate.

Or, will President Obama propose a nominee (or series of nominees) he knows will likely be rejected by the Senate in order to make the Republican Senators in control look like obstructionists, who never cooperate with anyone to get things done. The strategy here would be to help the Democratic candidate win the presidential election.