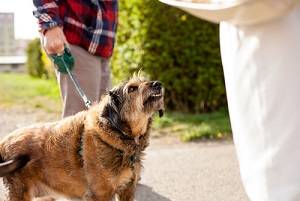 A horrifying scene in the Bronx, New York, last fall once again brought national attention to the seriousness of dog attacks. Fortunately the victim survived, but with horrific injuries that required several hours of surgery.

Dog bites continue to be a pervasive problem across the country, and many owners simply plead innocence that they did not think their beloved family pet would be capable of such an act. Roughly 4.4 million people a year are bitten by a dog in the United States, resulting in an estimated 885,000 injuries that require medical attention, according to the Centers for Disease Control.

If you or someone close to you has been on the receiving end of an aggressive dog, and sustained injuries, contacting a law office that is equipped and experienced, is advisable. If you have injuries that required treatment, you may be able to recover monetary compensation to cover those expenses and the pain and suffering you have endured.

It is reported that about 1,000 people are treated everyday across the United States for dog bites, with over 81 percent related to attacks on children.

While many owners claim their dog will never lash out and attack, the numbers paint a different picture. Pitbulls alone were responsible for 295 deaths and 2110 maimings between 1982 and 2014, with 42 fatalities in 2014 alone. Dogs have certain primal instincts which, if not monitored or managed, can cause serious harm to those around them. Man's’ best friend can, in an instant, become Man's’ worst enemy.

The Harm and the Law

Often the most distressing injuries may include deep bites, flesh tears and wounds, which can result in disfigurement and lifelong scars. Even infection from disease carrying dogs may occur.

The State of Illinois has a statute that holds the owner, harborer or keeper of any animal (whether or not a dog) liable for injuries to people, whether or not caused by a bite, without negligence on the part of the defendant.

Essentially what is required is re-education of dog owners regarding their dog’s behavior, and to pay particular attention to body language, social signals, guarding, self-defense, and the risks of dog bites to infants and young children. But until owners take up the challenge to do so, or at best, to even recognize the merit is doing so, attacks will still happen. If you or your child has been injured by a dog bite, or other animal attack, contact the experienced DuPage County personal injury attorneys at Martoccio & Martoccio today. We are prepared to help you seek the compensation you need to put your life back together.