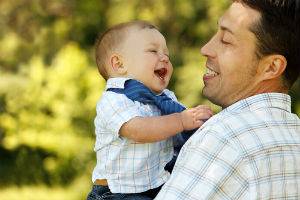 How Many Children in the United States are Born to Unmarried Parents?

At the present time, more than one-third of the children born in the United States are born out of wedlock each year, three out of four if the parents are teenagers. That number is increasing each year.

My Boyfriend Is on My Child’s Birth Certificate as the Father, Is He Then Legally the Father of My Child in Illinois?

If your boyfriend did not agree in writing to have his name on the birth certificate, it is no proof that he is the Father under Illinois law. If the Father agreed, on the other hand, that is proof to be used in Court for the Court to find him to be the Father.

The Father Should Sign a Voluntary Acknowledgment of Paternity or Vap Form.

Often at birth, the hospital will present a birth certificate and a VAP form. If the Father signs the form, it is the equivalent of a Court Order legally making him the Father. A VAP form does not automatically entitle the Mother to child support but it assists her in obtaining a child support Order without any further dispute as to who is the Father. Child support can only be ordered by Court Order or by Order of the Illinois Department of Healthcare and Family Services.

The 2016 changes to Illinois law also changed the required forms for a VAP. Be sure to find the most up to date forms and use them.

My Child Was Born out of Wedlock and I Am the Father, Do I Have Rights to Visitation?

If you have signed a VAP form, where the Mother acknowledges you to be the Father, or you have a Court Order declaring you to be the Father, then you are entitled to visitation which is now called “parenting time.” To establish that time, you will need to seek Court assistance, by filing a Petition for Visitation. If you did not sign the VAP form you will need to file a case to have the Court grant you visitation.

How Can I Dispute That I Am the Father of a Child in Illinois?

Normally, this is done by DNA testing. The tests are no longer blood tests but simply a swab of the mouth. In former days the tests were inconclusive showing only that you were not the Father. The test was not proof that you were, in fact, the Father. Now with new DNA tests, a man may be the child’s Father with more than a 99% out of 100% proof of his Fatherhood.

Will I Be Ordered to Pay Child Support If I Am the Father of a Child in Illinois? And If So How Much Will it Be?

If you are found to be the Father for one of the reasons set forth above, the Mother can seek child support from you. In addition, if the Mother is on Public Aid, Public Aid may force the Mother to seek child support from you in order to reimburse the State of Illinois for the support she receives. In either event, there is a new formula that took effect which determines child support by looking at your income as the Father and the Mother’s income among other factors as to what child support you will need to pay. The New Child Support Law that took effect January 1, 2017, includes a calculation based not only on your income but on the Mother’s income as well as other factors including your contribution to the needs of the child, for example, health insurance, daycare, and extracurricular activities. It is no longer a simple formula but the “income shares” new law has a more complex calculation then ever before in Illinois to determine child support.

Can I Relocate the Residence of My Child to Another Town Without the Consent of My Child’s Other Parent?

The new law in Illinois which took effect on July 1, 2017, provides not only that you cannot change the residence or relocate your child outside the borders of Illinois without the consent of the other parent or a Court Order allowing the relocation. Effective July 1, 2017, “removal,” now called “relocation” provides for specific rules about movement of a child’s residence even a child born out of wedlock. The rules provide that if you are in certain counties, you cannot move more than 25 miles from your former residence or 50 miles from your former residence even though you are moving within Illinois. For relocations outside the State of Illinois, you likewise must meet certain conditions as well as seeking the approval of the other parent or a Court Order.