What Does Data Tell Us About the Divorce Rate? 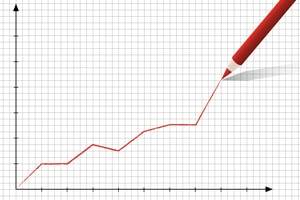 Researchers disagree on what is the actual divorce rate for couples in the U.S. Fifty percent is a popular number to cite but is based on projections that are decades old. Different studies claim that the divorce rate is either declining or staying steady, depending on the data used and how they are interpreted. We may be incapable of coming up with an accurate number that tells us how likely people are to get divorced. Instead, we can look at demographic groups that seem to have a greater risk of divorce.

Some researchers prefer to cite the refined divorce rate, which is the number of divorces per every 1,000 married women.

None of the divorce statistics can calculate the likelihood that a person will get divorced after marriage. Instead, some researchers try to determine divorce risk by studying whether individual characteristics correlate with a greater number of divorces. They have concluded that people may be at a greater risk of divorce if they:

The divorce rate for the baby boomer generation has remained steady in recent decades, while the rate has declined for later generations. The reason may be that baby boomer spouses fit many of the characteristics that have higher divorce rates. They tended to marry younger than the current generation, were less likely to have graduated from college, and have often remarried after a failed first marriage.

Some people are interested in the national divorce rate because they have negative views of divorce. Many other people realize that divorce is not a problem in this country but a solution for people in bad marriages. Divorce rates rose dramatically in the 1970s because changing divorce laws gave more people the freedom to end their marriages. A Kane County divorce attorney at Geneva Family Lawyers can help when you decide you need a divorce. Schedule a free consultation by calling 331-588-6611.