What Factors Are Taken Into Consideration During Property Division in Illinois? 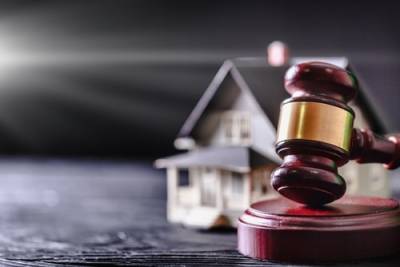 Illinois is an equitable distribution state, which means that during a divorce, property is divided fairly, although not necessarily equally. Due to the fact that the property must be divided fairly, a judge will use a number of factors to determine how that will work, and how property will be divided. Below is one explanation about those twelve factors and how they affect property division.

Dissipation of Each Spouse

Value of Property Owned by Each Spouse

The court will evaluate both marital and separate property during a divorce. If a judge finds that one spouse owns more property than the other, they may be more inclined to award the other spouse more property.

Length of the Marriage

During divorce proceedings, a judge will consider the length of the marriage for two reasons. The first is to account for a homemaker’s contribution during a lengthy marriage. The second reason is to prevent a person from marrying someone wealthy only to divorce them shortly afterward to receive a portion of their assets.

The Circumstances of Each Spouse

The courts generally want divorced spouses to be in an equal financial position once the proceedings are over. To help ensure this, they will sometimes, but certainly not always, award more in assets to spouses that are not doing as well financially as the other spouse.

Prior Marriages and Divorces

If one spouse is already paying alimony or child support from a previous marriage, a judge will take that into consideration. The reason for this is so the spouse paying those obligations will not fall into great financial hardship.

If the couple has drafted a prenuptial or postnuptial agreement and it is fair and enforceable, a judge is likely to uphold the terms of the agreement.

Certain child custody arrangements can also affect property division in a divorce. For example, if one parent is awarded custody and a judge believes it is in the child’s best interest to remain in the home, the judge may award the custodial parent the marital home.

Just as a judge will consider the current income of each spouse, they will also consider the future income or earning capacity of each party. For example, if one spouse stayed at home to care for the children temporarily, this could affect their future earning potential. When that is the case, a judge may award more to the spouse that had their future income negatively affected by the marriage and the divorce.

In contested divorces, Illinois law allows judges to consider the tax consequences for each spouse. For example, if one spouse is awarded more in investments than cash, they may later learn there is a large tax consequence for converting the stock to cash.

Other factors a judge may take into consideration during property division include the age, health, occupation, station in life, vocational skills, and the estate of each party. A judge will consider all of these factors when determining how to divide property in a divorce.

There are many factors that will affect property division during your divorce. One of them is the experienced Hinsdale divorce lawyer you use. At the Law Office of Martoccio & Martoccio we will negotiate with the other side and present arguments in court, if necessary, to get you the best divorce settlement possible. If you are going through divorce, call us today at 630-920-8855 or contact us online to schedule your free initial consultation.