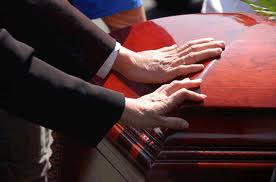 Channel 5 NBC Chicago recently reported a very sad story that led to a very substantial wrongful death suit being filed against an area nursing home. The death of Genevieve Klimczak took place last year but the wounds are still fresh to her grieving family.

Many people would think that living to the ripe age of 91 years is a great achievement and evidence of a full and happy life. However, even at the age of 91, the death of Genevieve Klimczak was both untimely and premature.

Klimczak was a resident of the McHenry Villa retirement community and had been there for several years. She suffered from Alzheimer’s disease and could no longer live on her own. Her family thought that she was in a safe place that would provide the constant supervision that her condition calls for. Their opinions changed last February when Klimczak left her room and exited the building undetected. She went out of an exit near her room that was only an exit from the building, not an entrance. The door was self locking and she was not able to get back in. She was found approximately 12 hours later frozen to death on the sidewalk. She had been there overnight while temperatures dropped to as low as 7 degrees.

While Klimczak had no children of her own, she is being represented my nieces and nephews that looked at her as a maternal figure. The exact amount of the suit was not disclosed at the time of the report, however they stated that the amount is significant enough to ensure that another family will not have to go through something like this.

If a loved one has been the victim of elder abuse or has experienced a loss of life because of the negligence of a health care facility, an experienced and empathetic Illinois personal injury lawyer can assist in filing a lawsuit.