Workers’ Compensation and Suing Your Employer 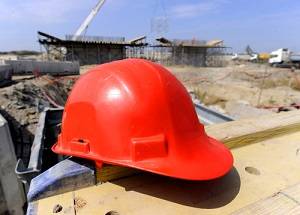 Each year, more than 3 million workers are injured while performing their jobs in the United States. Such injuries cost American companies billions of dollars in lost productivity, not to mention the expenses associated with helping workers recover physically. The workers’ compensation system was created to provide injured employees with the benefits they need to cover medical bills, costs of retraining, and even a portion of missed wages. Despite the existence and suitability of workers’ compensation for most cases, injured workers often wonder if they are able to sue their employer to recover additional compensation for their injuries.

Fault Not a Factor

The workers’ compensation program in Illinois, as in all other states, is a no-fault system that offers protection for employees injured on the job. This means that benefits are intended to be available regardless of whether the injury was caused by the actions or negligence of the employer or the injured party. If an injured party was forced to prove that his or her injuries were caused by employer negligence, far fewer claims would be paid, leaving thousands of injured workers without income or recourse. For example, if you were on a ladder at work—one that was properly maintained and in good working condition—and you twisted your body to reach an item on a high shelf, would your employer be negligent if you fell? Under workers’ compensation, it does not matter. You would be able to file a claim for benefits to cover your injuries.

According to the Illinois Workers’ Compensation Act, an employee who is covered under the law and, therefore, eligible for workers’ compensation benefits has “no common law or statutory right” to sue his or her employer for losses sustained. There are extremely limited exceptions to this provision—an employer who actively tried to injure an employee, for example—but, in general, if you are injured at work you cannot sue your employer.

In some cases, however, a third party may be partially responsible for your injuries. A negligent maintenance contractor, as an example, may have used the wrong cleaning product, leaving your workplace floors exceptionally slippery and dangerous. Alternatively, you may have been injured in a car accident in the course of your job, and another driver was at fault for the crash. These situations would likely require the filing of a third party claim in which you would seek to hold the negligent party responsible for your injuries.

If you have questions about your eligibility for workers’ compensation or are considering filing a third party workplace injury claim, contact an experienced DuPage County workers’ compensation attorney. We will review the details of your injury and help you choose the right course of action for getting the compensation you deserve. Call 630-920-8855 to schedule a complimentary consultation today.