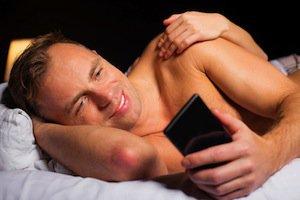 Can I create a postnuptial agreement to stop my husband from cheating on me? My husband and I have been married for more than 20 years. He's developed a bad habit of finding other women and having affairs with them. I'm sick of that. I don't really want a divorce since I have a big investment in this man and he is the father of my children. What can I do?

These "lifestyle clauses" may include a provision that expressly prohibits your spouse from cheating. Anti-cheating clauses first became popular with celebrities. It has been reported that Justin Timberlake has an infidelity clause in his agreement providing that Jessica Biel will receive $500,000 if Justin cheats between the sheets.

In addition, it has been claimed that Michael Douglas and Catherine Zeta-Jones have an agreement that grants her 2.8 million for each year of their marriage if they are divorced and a kicker of $5 million extra if Douglas is caught cheating.

Lifestyle clauses are definitely on the rise, not only for celebrities but for common folks as well. The courts increasingly have been willing to recognize prenuptial and postnuptial agreements and to give them validity in court.

Will an infidelity clause or none cheating clause in a prenuptial or postnuptial agreement be upheld by an Illinois court?

Illinois law has evolved in the last 40 years to eliminate misconduct called "fault" in divorce and property settlement cases. Since the new Illinois divorce law took effect January 1, 2016, "adultery," among other fault based grounds for divorce, has been eliminated. Illinois, for the first time, has a strict no fault divorce system.

Cheating As a Bar to Alimony

Adultery by a spouse in Illinois was at one time a complete bar to alimony or maintenance. For years, husbands struggling not to pay alimony would have private detectives follow their wives and vice versa as a standard part of their divorce case. The purpose was to have one's wife be denied maintenance if she was found with another man. Adultery or cheating no longer prevents a spouse from receiving maintenance (alimony).

So far, Illinois courts have not been called upon to decide the issue of whether a "non-cheating" lifestyle clause in an Illinois prenuptial or postnuptial agreement would be valid. However, it is my opinion that such a clause may soon be enforceable, since the growing trend is to allow spouses to make there own marriage arrangements. To make a non-cheating clause more likely to be enforceable you should be sure of the following:

Why should you have a non-cheating clause in your Illinois prenuptial or postnuptial agreement to deter your spouse from cheating in Illinois if it may not be enforceable?

Even though an anti-cheating clause may not yet be strictly enforceable in Illinois, a "non-cheating clause" may still act as a deterrent to cheating.

A non-cheating clause can be just as effective to deter cheating because your cheating husband may not want proof of his affair(s) made public.

A non-cheating clause has the effect of drawing a line in the sand and saying to your husband, "No more cheating. And if you cross the line, all bets are off and we divorce."

A clause may still have a profound psychological effect to deter a wandering spouse from wandering into the bed of a boyfriend or girlfriend. In my experience husbands and wives are reluctant to argue over a non-cheating clause by claiming the clause is not enforceable. It is many times simpler to pay up than to go through a case which may be embarrassing.

If there is a specific clause in your agreement, many people will not raise the issue that the provision is not enforceable but simply choose to pay it.

Such a clause in a prenuptial agreement or postnuptial agreement has a psychological effect of making a commitment in writing to be faithful, similar to taking an oath or placing your hand on the Bible and swearing to be true and faithful.

Finally, and arguably, once a person signs a document there is some likelihood that he or she will follow it. If nothing else, it is a wake-up call to show that you are serious and indeed no will longer tolerate any misconduct by your spouse.

Therefore, I would recommend that if you are concerned about the infidelity of your spouse, a non-cheating clause or an infidelity clause may well be a practical solution to deter your spouse from being unfaithful, especially if he or she has to "pay up" if your agreement is violated.

If you have any questions on creating or enforcing a prenuptial or postnuptial agreement, please contact the skilled Hinsdale family law attorneys of Martoccio & Martoccio today at 630-920-8855 to schedule your free consultation.