Is it Worth Trying to Appeal My Illinois Divorce Decree? 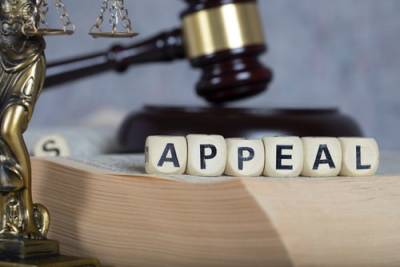 Making compromises during divorce negotiations is difficult and bound to result in dissatisfaction on the part of most spouses. This is especially true when some or all of the issues in the divorce are decided by a judge, rather than by a couple negotiating the terms themselves. When someone feels like their divorce decree is unfair or even goes against Illinois family law, he or she may want to appeal the decree to see if some or all of it can be overturned.

While it is important to maintain a hopeful perspective, it is also important to be realistic. Divorce appeals are rarely successful because they are predicated on the appeals court finding that the lower court made an error in applying the law. However, sometimes divorce decrees can be appealed, and if you are considering trying to appeal yours, it is important to know how the appeals process works.

When is it Appropriate to Try to Appeal a Divorce Decree?

If everyone who was unhappy with their divorce decree could appeal, the higher courts would be clogged with petitions from recently divorced individuals hoping for a better marital asset distribution or more parenting time. But a divorce decree cannot be appealed for just any reason, no matter how biased a spouse may think it is.

A divorce decree may only be appealed when there is some possibility that the original judge’s decision resulted in a misunderstanding or misapplication of Illinois law. For example, if a judge admitted an illegally recorded conversation as evidence that was influential to the case, an appeal might be filed asking that that evidence be thrown out. Likewise, if decisions about asset division were made based on faulty information, that could be grounds for an appeal.

Divorce Appeals Must Be Filed Quickly

Illinois only gives people hoping to appeal their divorce decree 30 days to submit their appeal to the appellate court. The petition must include specific evidence of errors in the original divorce decree and show that those errors influenced the outcome of the case (a spelling error in someone’s name, for example, would not be legitimate grounds for an appeal). The appellate court is made of three judges who will examine a case carefully and then issue a decision. If they find the original decree was in error, the case is remanded to the lower courts to be tried again.

Schedule a Free Consultation with a Hinsdale, IL Divorce Lawyer

If you feel you got the raw end of the deal in your divorce decree, take action quickly to see if appealing the decree is in your best interests. Call the offices of Law Office of Martoccio & Martoccio today at 630-920-8855  to schedule a complimentary case review with one of our experienced DuPage County divorce appeal attorneys.