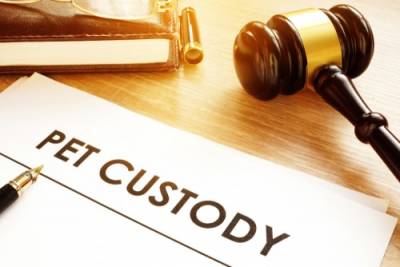 The most cherished “property” in many family households is not really thought of them as property at all, yet pets are, in fact, property. However, there is good news for pet owners in Illinois. While dogs, cats, and other pets were once considered nothing more than either non-marital property or marital property and custody was never an option, this is no longer the case. In 2018, the law was changed, giving judges the ability to grant custody of pets to their owners during a divorce. As such, a judge may grant sole or joint custody of a dog, cat, guinea pig, or other animal in contested divorce cases when the two parties are unable to come to an agreement. A joint custody decision might outline who gets the pet on which days, weeks, or months, while a sole custody decision would give full ownership responsibilities and rights to a single spouse.

The Law Only Applies to Marital Asset Pets

According to 750 ILCS 5/503, Illinois courts have the authority to grant sole or joint custody of “companion animals” that are also marital assets. In determining custody, the court “shall take into consideration the well-being of the companion animal. As such, custodial decisions for marital asset pets can be decided in a similar fashion as custody for children. A judge may pose some of the following questions to get an idea of who the pets primary caretaker is and which party will be able to provide for the pet’s needs.

We understand how important your dog or cat is to you. In fact, studies have shown that people care about their pets as much or more than other humans. Here at the Law Office of Martoccio & Martoccio, our dedicated DuPage County divorce attorneys want what is best for your pet, and will work to ensure that you are awarded the pet custody decision that you desire. Call us at 630-920-8855 to schedule a free consultation today.