The Relationship Between Domestic Violence and Homicide 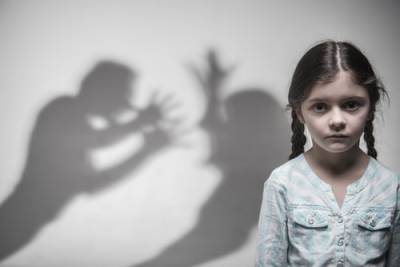 Domestic violence is one of the most common criminal acts in the nation, yet it rarely makes headlines, arrests are too few and far between, and the victim is often too fearful to speak out against the perpetrator or report the incidents to law enforcement. As such, millions of men and women, though mostly women, are trapped in marriages and relationships that are characterized by physical violence and mental/psychological harm. An experienced lawyer can help you get out of this situation as well as file for a restraining order to protect yourself and your children.

One in four women and one in nine men are the victims of severe domestic violence, domestic partner stalking, or domestic partner sexual violence. Domestic violence obviously causes physical injury, but the true damage is often emotional and psychological, with many victims suffering from PTSD, depression, and anxiety for months and years they have left the abusive relationship. Even worse, many victims are trapped in abusive relationships for years or a lifetime. Domestic violence victims also suffer financially, with many losing their job or workdays due to the abuse they are subjected to. However, the danger of intimate partner violence does not stop there.

Firearms Increase the Likelihood of Homicide by 500 Percent

If the abusive spouse or partner has a gun, the chances of them committing a murder against you, your child, or a family member increases dramatically. A full 30 percent of domestic violence homicides are committed against the perpetrator’s own family (this includes the spouse, children, parents, siblings, and other family members), with many of the victims being family or household members who step in to stop the violence. For a tragic yet all too common example, a child may attempt to stop his father from hitting his mother and be killed by the father as a result. When guns are present in domestic violence situations, the risk of homicide is increased by 500 percent. After all, seven out of 10 homicides are committed with a firearm.

For Relief From Domestic Violence, Call a Hinsdale Lawyer Today

If you are the victim of domestic partner violence, an attorney can help you implement measures to stop the abuse. As a start, our lawyers can help you apply for a restraining order that will protect you and your children. We also assist with asset division, child custody, and other divorce matters—all of which must be done with a special degree of caution and concern when the situation involves domestic violence. Call the DuPage County domestic violence attorneys today with the Law Office of Martoccio & Martoccio today at 630-920-8855 to schedule a free consultation.