Why You Should Not Create a Postnuptial Agreement Without a Lawyer 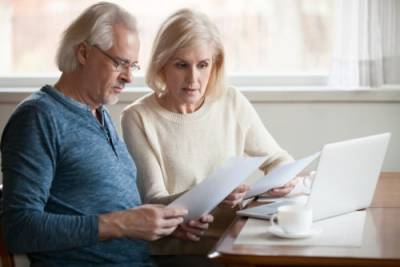 When this is the case, the couple may decide to simply draft an agreement on their own and sign it. That is perfectly legal and, if done right, enforceable. However, doing it right is key. An Illinois family lawyer can help with this and ensure that in the event that the worst happens, everyone is protected. Below are just two reasons you should not draft a postnuptial agreement without first speaking to an attorney.

An Attorney Will Ensure You Are Protected

Sometimes, spouses enter into postnuptial agreements without realizing that they are giving away many of their rights. For example, one spouse may build a business all on their own during the marriage. During a divorce, they then learn that they have agreed to give their spouse half of the business, even when they did not contribute to the business during the marriage. Too often, spouses do not realize that they are giving up these rights and end up giving away more than they should.

Additionally, postnuptial agreements are not always drafted or executed properly. Spouses believe that they are protected only to again, find too late that they are not. When looking at postnuptial agreements, the courts will determine if it is enforceable. If they find it is not, it will be rendered useless and not provide the protection many spouses thought they had.

For all of these reasons, it is crucial that anyone entering into a postnuptial agreement should speak to an attorney that can help them draft their agreement. An attorney will ensure your rights are protected and that the agreement is also enforceable by the courts.

An Attorney Will Understand the Limits of Postnuptial Agreements

Postnuptial agreements can provide a great deal of protection, but they also have their limits. For example, an attorney will understand that if the postnuptial include child custody or child support terms that are not in the best interests of the children, the courts will not enforce them.

If you are already married and are now thinking about drafting a postnuptial agreement, do not go it alone. Call our skilled Hinsdale family lawyers at the Law Office of Martoccio & Martoccio at 630-920-8855 to get the help you need. We know how to create a contract that will fully protect you and be enforceable by the courts. We also offer free consultations, so contact us today to get the legal advice you need.