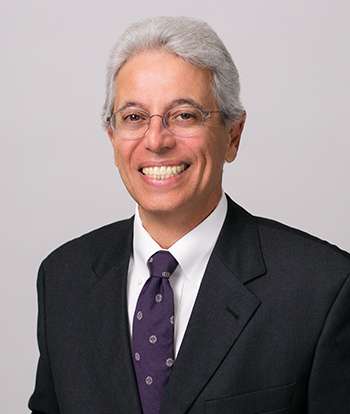 Licensed to practice law under the Illinois State Bar since 1973, and the DuPage County Bar since 2003, Attorney John F. Martoccio is now a managing partner at Martoccio & Martoccio in DuPage County, Illinois. The law firm focuses on providing high quality legal advice from a team of caring family law and personal injury lawyers who treat their clients with respect.

John Martoccio has been rooted in Illinois since birth. Frank Martoccio and Julia Martoccio, his parents, were practicing attorneys in Chicago, Illinois and encouraged their son John Martoccio to have a strong legal background.

Lucy Palermo, John’s grandmother was one of the first Italian American Woman to hold public office in the United States. She was a Cook County Commissioner in 1930, and was active in the Women’s Movement and in services to the sick and injured. She knew Jane Adams of Hull House. She also entertained Eleanor Roosevelt at the Columbian Exposition.

After graduating from Maine Township High School in Des Plaines, Illinois, John Martoccio went on to study at Lake Forest College, and graduated with high honors and a B.A. in political science from Northeastern Illinois University in Chicago in 1970.

After graduation, he was admitted to the Illinois State Bar, and began practicing law at Schiller & Schiller from 1975-1976, before becoming a partner at Martoccio & Martoccio. He taught Law School as Adjunct faculty at John Marshall Law School.

John has handled divorce and family law cases in trial courts throughout Cook, DuPage, Kane, Kendall and Will Courts of Illinois. He is also an accomplished Illinois Appellate Court Lawyer. Mr. Martoccio is a frequent lecture on family law issues in Illinois and has written extensively on the subject of divorce, families and law.

Read articles by John Martoccio on our family law and personal injury blogs. 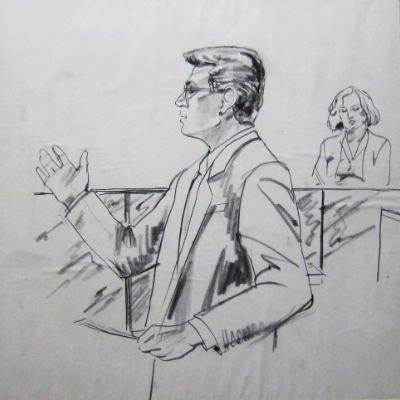 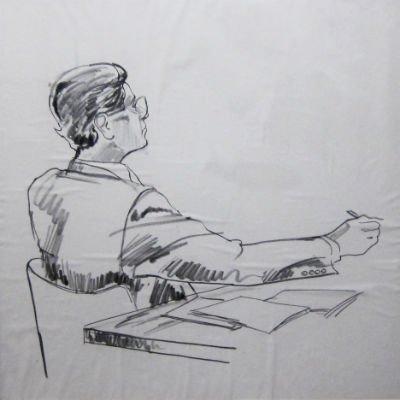 Sketches of attorney John F. Martoccio in court, In re Marriage of Golub.

John Martoccio has extensive Trial Court experience in Cook County, DuPage County, will County and throughout Illinois  and has had a great deal of Appellate practice experience (over 40 appeals) in the Appellate Courts of Illinois, United States Court of Appeals, and Illinois Supreme Court. His most appeals include the following: