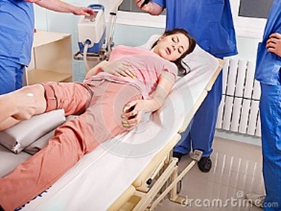 A study from the University of Illinois at Chicago School of Public Health found that injury patients were less likely to die of they had alcohol in their blood. The more alcohol there was, the more likely the patient is to survive.

The UIC injury epidemiologist Lee Friedman, author of the study, says this study is not to encourage people to drink alcohol. Alcohol intoxication, even the smallest amount, is very closely associated with an increased risk of injury.

After an injury has occurred, however, intoxication seems to have a pretty substantial protective effect on the body, according to Friedman, who is also the assist professor of environmental and occupations health sciences at UIC.

Friedman said, “The more alcohol you have in your system, the more the protective effect.”

As part of the study, Friedman analyzed Illinois Trauma Registry data between 1995 and 2009 for patients treated at trauma centers who were tested for blood alcohol content that ranged from zero to 0.5 percent at the time that they were admitted to the trauma unit.

The relationship of alcohol dosage to in-hospital mortality following traumatic injuries such as fractures, internal injuries and open wounds was examined in this study. It was found that for most of the injuries, patients benefited from alcohol, with the only exception being burns.

The patients benefited whether they had below 0.1 percent or had the maximum level tested of 0.5 percent.

Friedman stated that there was almost a 50 percent reduction in mortality rates at the high levels of blood alcohol concentration.

Studies like this one will hopefully lead to understanding the protective effect of alcohol. Patients could then be treated with drugs that mimic alcohol in the field or at hospitals.

Whether patients are treated with new medicines that mimic alcohol or medicines that have always been used, trips to the hospital are expensive. If you are caught up in an injury at the fault of someone else, let The Law Office of Martoccio & Martoccio help you get your bills paid. Personal injuries need healing, not more stress. Let an experiences personal injury attorney help you.