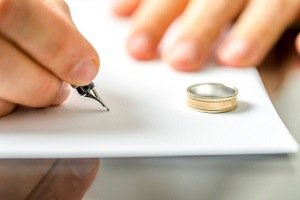 While a wedding is often referred to as the best day of a man or woman’s life, the unfortunate reality is that many American marriages end in divorce. In 2012, more than two million Americans got divorced. Going through a divorce is stressful; many legal questions arise and most couples need help getting answers.

One of the common concerns coming out of a divorce proceeding – particularly if one spouse was not employed – is whether one former partner will be paying alimony to the other. Even then, once payment is determined, other questions arise including how much money is to be paid, how often, and for what duration of time.

How Alimony is Determined

Several factors are considered when determining an alimony settlement in Illinois. One factor includes each spouse’s current and future earning capacity. If one spouse spent the majority of the marriage as a homemaker, or put off education and a career to tend to the children, that spouse’s future earning potential would be greatly diminished. Hence, their alimony payments would then increase.

The assets awarded to the spouse to be supported are also a factor. The more assets a spouse receives in the divorce agreement, the more likely it is that the alimony payments will be lower.

Other factors include the spouse’s physical and emotional condition, the couple’s standard of living during the marriage, and whether or not the spouse requesting alimony can become self-supporting.

How Alimony is Paid

Alimony is generally paid in monthly installments. The factors mentioned above determine how long the payments are to be made. It is also possible that the court could order the payment to be made in a lump sum. Payments can be made through the clerk of the court, or directly to the supported spouse.

Alimony can be modified if there is a substantial change in the circumstances. Alimony terminates when the supported spouse remarries or lives with someone in an intimate relationship. Also, alimony obligations terminate if either party dies. It is possible (and encouraged) for the supported spouse to be named a beneficiary in the paying spouse’s life insurance policy to guard against the possibility of financial loss if the paying spouse dies.

If you are currently going through a divorce and have questions regarding alimony settlements in Illinois, contact the experienced divorce attorneys at Martoccio & Martoccio in the Chicago area. Our attorneys will help you reach a fair settlement.