Can I Stop Child Visitation? 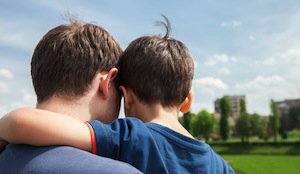 Can I refuse or stop the other parent's visitation when no court order for visitation has been entered by an Illinois judge or administrative hearing officer?

Yes, that is true. However, that is not the whole story. Even when a court order does not exist for visitation by the other parent, and if the parent having the child denies visitation over an extended period of time, this may give rise to a claim that he or she is interfering with the other parent's relationship with the child, sometimes called "parental alienation." This could be a basis for the visiting parent to ask for custody of the child if the child's custody has not been established by court order.

In making initial orders of custody, Illinois courts seriously consider a parent's attitude and behavior toward making visitation happen for the other parent as a factor in a later custody case. In fact, a person otherwise qualified to have custody, who consistently denies the other parent visitation, can lose custody this way.

Are there times when stopping or refusing visitation is justifiable?

Yes there are. For example, these times may include the following:

So what can I do to refuse or stop the other parent's visitation, which I know harms our child, and at the same time protect myself from claims that I am alienating our child?

First, you can take the child to a mental health professional. A child psychiatrist, a child psychologist, or a licensed social worker may all be consulted. A therapist can assist your child in dealing with whatever problems that the visiting parent presents and can give that child strategies for dealing with that parent. In addition, if the therapist recommends no visitation, you then have an expert who can testify on your behalf to stop the other parent's visitation.

Second, save and preserve any form of communication from the other parent which can demonstrate to the court that the other parent is making bad choices with respect to your child. Save emails, text messages, voicemails, Facebook pages, or recordings of the parent acting out.