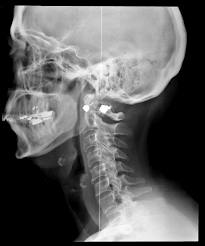 Keith Francique is now 4 years old, but his life has not been the same since visiting Stroger Hospital.  Keith had a testicle which needed to be removed from his body cavity, which occasionally happens to young boys if their testicles don't descend.  A routine surgery turned terrible in December of 2011 for the Francique family.

The sedation used during the surgery may have contributed to Keith suffering from cardiac arrest.  He was taken to a recovery room after surgery and left alone for minutes when he stopped breathing.  The medical staff at Stroger Hospital initiated CPR after his heart was stopped for at least five minutes.  There was no pulse for at least 15 minutes until he was revived.

The damage done by oxygen deprivation has left baby Keith severely brain damaged.  He is unable to walk, talk, hold his bowels, eat or take care of himself at all.  This is very far away from the carefree boy that would run and call after his mother and father over a year ago.

The medical malpractice suit brought by his mother Justine was settled on February 5th for $20 million.   Given the specifics of this case, the Cook County commissioners approved a settlement that was one of the top ten most expensive payouts in the history of the county.  Yet, they admitted no wrongdoing as part of the settlement agreement.

This benefits paid to the Francique family will pay for therapy, surgeries and around the clock care for baby Keith.  It is unfortunate when errors occur in medical care as it can have horrible consequences.  If your family has experienced any medical malpractice such as misdiagnosis, anesthesia errors, or surgical errors, then you should seek a consultation with a legal professional.  Contact a skilled personal injury attorney in Hinsdale today.