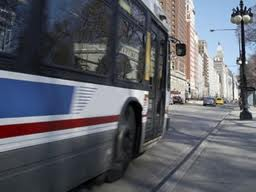 According to CBS Chicago, several Chicago residents have extra reason to be thankful this holiday season. A CTA bus driver passed out behavior the wheel of the bus shortly before 9:00 A.M. on the busy route.

The accident occurred on North Kedzie Avenue in the early morning hours. The reason that the bus driver passed out is currently unknown. The scene following was scary for both riders on the bus as well as onlookers of the crash. The bus careened into several parked vehicles as well as cars that were waiting at the light for the traffic signal to change.

One witness described the scene as utter chaos as people were running all over the place to make sure that no one was injured. Another witness stated that the cars involved in the pileup looked like cars just thrown on top of each other like toys.

Only the bus driver and one passenger were injured. Both have been hospitalized and are in stable condition. While it is a blessing that no one was seriously injured, there was quite a bit of property damage. There were over 20 cars damaged and approximately $250,000.00 worth of damage to a Laundromat that was also hit. It was the collision to the Laundromat that actually brought the bus to a complete stop.

If you or your property has been damaged in a similar accident, you may have the basis for a personal injury lawsuit. Some people make the mistake of thinking that if there is not a major physical injury, there is no reason to consult with an Illinois personal injury attorney. This could not be further from the truth. The attorney is an expert and can provide all of the information that you need.