Tis the Season: Reasons Why Domestic Violence Increases during the Holiday Season 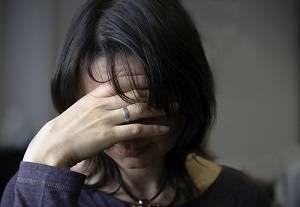 As the National Coalition Against Domestic Violence (NCADV) defines domestic violence as the willful intimidation, physical assault, battery, sexual assault, and or other forms of abusive behavior as part of a systematic pattern of power or control by one intimate partner against the other. The frequency and severity of domestic violence vary dramatically with one wondering if the abuse spikes over the stressful holiday season?

As the NCADV reports that one in three women or men will have experienced some form of physical or verbal abuse by a partner those caught in the cycle of abuse fear the holiday season for various reasons.

As families gather together to celebrate the season incidents of domestic abuse significantly rise as evident by the number of reports are filed with law enforcement.

For those affected by domestic violence, the holiday season represents the “hardest time of the year”. During the holiday season, those currently involved in a volatile relationship experience heightened instances of abuse most often fueled by financial pressures, increased time spent with extended family and celebratory events with unlimited alcohol.

The defining triggers that are symptomatic of the normal cycle abuse when fueled by these external holiday events increased the abuser’s stress level resulting in non-characteristics of the normal pattern often throwing the entire family into turmoil.

For victims in an abusive relationship, the dream of a perfect holiday season also increases the tension and stress levels, especially when children are involved. Instead of the typical Norman Rockwell representation of the holiday season, they are often confronted by punishment and violence. As they try to replicate a wonderful holiday one deviation from perfection can cause a tumultuous situation.

Another stressor for those caught in the cycle may be hiding the signs of physical abuse from family members during holiday gatherings. By doing so the abused is silently protecting the abuser from speculation because if uncovered the violence will only escalate after the guests have left.

If you are in an abusive relationship and can not face yet another holiday season marred by domestic violence, the Hinsdale domestic violence attorneys of Martoccio & Martoccio offer this advice. If you are in physical danger, our team suggests that you contact the National Domestic Violence Hotline at 1-800-799-SAFE (7233) for support, resources and safety advice.

Once safe, contact our offices at 630-920-8855 to schedule your no-charge and confidential consultation. Our firm has been representing families touched by domestic violence in DuPage, Cook, Kane, Kendall and Will Counties for over 35 years. With 75 years combined legal experience, we will work diligently to preserve the safety and legal rights of your family.