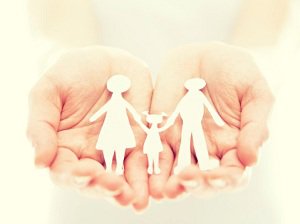 "How do I know how much child support I will receive if the father of my child is still paying child support for two other children, each from a different woman?"

In Illinois, the father of the child whether or not married to the mother is responsible for paying child support for his child.

The law in Illinois provides the child support is a percentage of the father's or payor's  net income. "Net income" is gross income from all sources including wages, overtime, bonuses and commissions and all other income less certain expenses such as prior obligations of support [750 ILCS 5/505(a)(3)].

In re Marriage of Potts, 297 Ill. App. 3d 110, 696 N.E. 2nd 1263, 231 Ill. Dec. 692 (1998), determined that prior obligations of support or maintenance actually paid pursuant to a court order is a specified deduction before calculating current support. Prior obligations mean the family that is first in time, not the support order that is entered first should be deducted. If the Father or payor's pay does not allow all payments to be deducted due to the federal Consumer Credit Protection Act, the employer must prorate allocating a percentage to each order based on the total dollar amount of current support ordered.

The question is whether "prior obligations of support" refers to prior families or prior support orders. This refers to a family that is first in time as compared to another family. [In re Marriage of Zukausky, 244 Ill.App.3d 614 (2d Dist. 1993)]. [In re Marriage of Potts, 297 Ill.App.3d 148, 231 Ill.Dec. 692 (2d Dist. 1998)]. The first family receives the full amount of the guideline child support and the second family a reduced amount after the first family is paid.

The validity of this rule has been questioned due to the possibility of  the situation where the individual owing a duty of child support tries to avoid that obligation by asserting the payment of large amounts to a prior family that may not in fact have been made or that may have been made in excess of the needs of the prior family.

So watch out if you're seeking child support from a father who has prior child support obligations, that he does not conspire with his ex spouse or girlfriend to have those payments increased to avoid you or decrease his child support to you. Contact an Illinois child support lawyer today at 630-920-8855.