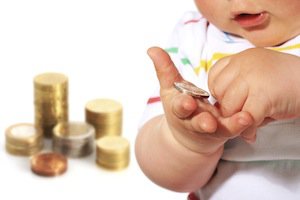 Consequences of Non-Payment of Child Support

A child support order is a court order. Ignoring it can lead to the court finding the party ordered to pay support in contempt of court. If found in contempt, the non-custodial parent can be sent to jail until they pay what they already owe, or provide the court with a good excuse why they have not been paying.

Under Illinois law, not paying child support in certain circumstances can be a misdemeanor or a felony. Failure to support is an offense of varying degrees in Illinois in the following circumstances:

In addition to prison terms for the above actions, a court may order fines, ranging from $1,000 to $20,000, depending on how many years the child support has gone unpaid.

If presented with a court order, an employer has to garnish an employee’s wages to pay child support. Once presented with the order, the employer has to verify its authenticity, and follow it. The employer cannot contest the order unless the person whose wages are to be garnished no longer works for them. It is the employee’s responsibility to contest the validity of a garnishment order if he or she feels like they have grounds to do so. The garnished payments are sent to the Illinois State Disbursement Unit for distribution to the custodial parent.

If you have been ordered to pay child support but due to changed circumstances can no longer afford the payments, you should contact Martoccio & Martoccio to see if you can get a modification reducing the monthly amount you are required to pay.