Determining a Fair and Equitable Divorce Settlement under Illinois Law 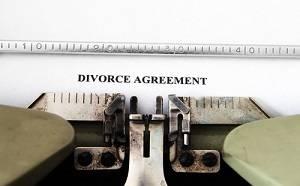 The Illinois Marriage and Dissolution of Marriage Act (750 ILCS 5/503) defines the division of marital property, marital debt, and any other obligation defined by the court during a divorce and bound by specific procedures. Although Illinois is not a communal property state, it is an equitable division one. At the time of consideration of the division of marital assets and/or debts, Illinois courts will review the overall situation but is prohibited to include any type of marital misconduct, such as infidelity or other damaging factors leading to the dissolution of marriage in their division decisions. The following 12 factors influence the courts in their decision when it comes to fair equity distribution or percentage of marital debt to be satisfied.

The role of the courts is to determine the percentage of spousal contribution that has contributed to the acquisition, preservation or increase, or decrease of all marital or non-marital property. Consideration is also given to which of the partners provided the majority of marital income contributing to an increase in marital assets. The same provision is given to the spouse who has increased the amount of debt throughout the marriage.

Dissipation by Each Party

Under Illinois law, dissipation often refers to the wasting or hiding of assets by one partner to avoid a court decision on the total amount of marital assets or debt owed. If one partner suspects the other of doing so, a formal notice is required and must be filed at least 60 days prior to trial or 30 days following discovery. Such claims do hold a retroactive limitation period of five years.

This review occurs when the value of marital and non-marital assets are more significant for one party over the other party. This consideration is also provided for the significant debt of one spouse over the other. Currently, there is no specific formula used by the courts and each case is reviewed on an individual basis.

Duration of a Marriage

Under the Illinois Marriage and Dissolution of Marriage Act, reviewing the length of a marriage takes into consideration the homemaker contribution and protection against “gold-digger” spouses to determine the ratio of responsibility for distribution of not only marital assets but an equitable distribution of marital debt.

Once again, the courts have the power to allocate property based on these three factors. To review these applicable decisions, the courts will review the economic circumstances of each party involved, the timing of the request to dissolve a marriage, and the well-being and economic needs of all children involved.

A Review of Previous Marriages

Under this consideration, the courts will consider if one or even both spouses receive or are responsible for child support under the Illinois court system. This determination is considered when discussing the division of marital property and fair equitable settlement of marital debt.

If a couple has one of these agreements legally in effect, the division of property, consideration of debt, and how the divorce settlement should be handled provides a clear path to the final dissolution of the marriage.

Current and Projected Status of Spouse

Under Illinois law, the courts will consider the age, health, station, occupation, financial solvency, and employment viability when determining the division of assets and debt liability.

Custodial Provisions for All Children Involved

At this juncture, the courts take into consideration all custodial provisions. Although custody has been redefined by the Illinois court, the court still reviews the costs of raising all children involved and the benefits of keeping the child or children in the family home. This situation deems what is best for the children and if the marital home will be awarded to the custodial parent.

As with custodial provisions, the courts will also review the marital situation to determine whether or not a property settlement equates to a fair financial settlement or if more financial support is required by one spouse to another.

Under Illinois law, the courts are expected to review all future income potential of each spouse. This consideration applies to a spouse who has placed their career on hold to address the family home thus causing a lull in income projection levels. In such cases, the courts may award a higher maintenance amount.

Under Illinois divorce law, it is imperative that a divorce attorney is also well versed in Illinois tax law. If a divorce is currently classified as contested, any miscalculation of marital tax responsibility could cost an entire property award or a huge tax penalty on convertible securities.

If you are contemplating divorce, then contact an experienced Hinsdale divorce attorney. With over 75 years of combined legal experience, the divorce attorneys of the Law Office of Martoccio & Martoccio have been representing clients throughout Cook, DuPage, Kane, Kendall and Will Counties for over 35 years. We fully understand our state’s dissolution of marriage act and will work diligently to protect not only your legal rights but your financial security. Contact our office today to schedule your free initial consultation.