Grandparents Have Limited Right to Demand Visits with Grandchildren 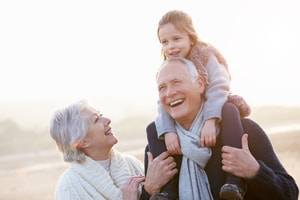 Illinois family law presumes that parents have the children’s best interests in mind when they do not allow a non-parent to see their children. Grandparents can try to rebut that presumption by claiming that denying them visitation is unreasonable and emotionally harmful to the children. A court will permit grandparents to petition for visitation if one of the following conditions exists:

When hearing a petition for visitation, the court will decide whether it is appropriate to grant visitation to the grandparents against the parent’s wishes. The grandparents must prove that they have a strong and close relationship with the children and that denying them visits is emotionally harming the children. Illinois law instructs courts to consider whether:

The court will also consider the reasons that the grandparents want to see their grandchildren and the reason the parent is denying the visits. The grandchildren can express their preference in the matter if the court believes they are mature enough to make an independent decision.

Your rights as grandparents will always be secondary to the rights of your grandchildren’s parents, as long as the parents are deemed fit. A Kane County family law attorney at Geneva Family Lawyers can advise you on how you can petition to see your grandchildren. To schedule a free consultation, call 331-588-6611.