Home and Hearth: Heightened Incidents of Domestic Violence during the Holidays 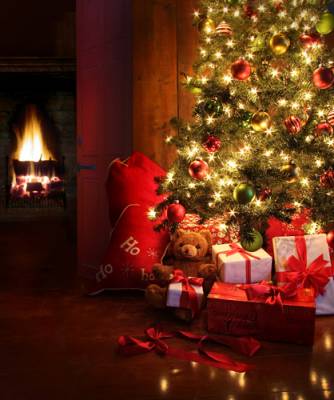 For the 95 percent of Americans who celebrate the prodigious holiday known to Christianity, the season of wonderment can prove challenging, especially for the four million women and three million men who are routinely caught in the cycle of domestic violence. Domestic violence or the cycle of abuse used to dominate another person through fear or intimidation, increases during what is highly promoted as the "Most Wonderful Time of the Year."

Holidays are often marred by an increase in domestic violence as additional pressures of the holidays build and later explode in yet another episode of domestic abuse. As tempers flare, anxiety levels rise and arguments flow as easily as the libations of holiday get-togethers, the level of domestic violence also rises. As adults seek to defuse situations brought on by perhaps high emotions, alcohol and even the wrong combination of family members during what should be joyous gatherings, for the sake of their children, it is often the children who also experience a heightened level of trepidation of what may lay ahead after the party winds down.

Some family advocates feel a struggling economy and unemployment, accompanied by the pressure to be the best Santa possible, can spark a domestic violence incident. Other sources contribute time off work and couples spending additional time in the same proximity can result in added pressure and lead to violent episodes.

Although economic factors may act as a trigger, domestic violence clearly does not discriminate, no matter the time of year or season. Research has disclosed that one out of every four households are affected by the cycle of domestic abuse, often left unreported to the proper authorities.

A spokesperson for the National Domestic Violence Hotline (NDVH), who also speaks from personal experience, believes that no matter the time of year or holiday at hand, action must be taken, immediately.

If you are currently a victim of domestic violence and reside in the DuPage, Cook, Kane, Kendall or Will Counties, the experienced Hinsdale family law attorneys of Martoccio & Martoccio are available to evaluate your situation and will take the necessary steps to ensure the safety of not only yourself but your children as well. Contact our office at 630-920-8855 to schedule your free consultation today.